May 01, 2020
comment
If you played little league or club soccer as a kid, you know how it goes. One bad egg—that kid who’s always late or has a budding problem with authority—can turn a friendly practice into the whole team running laps. 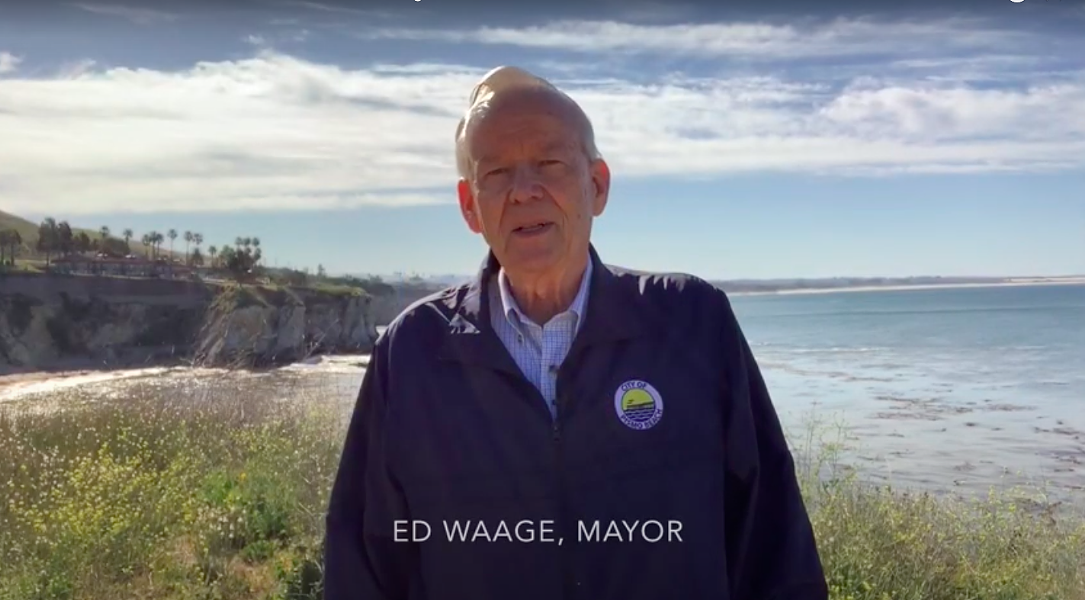 In the metaphorical soccer scrimmage between California and COVID-19, Orange County is the problem child and Gov. Gavin Newsom is a merciless coach. Or at least that’s how some people saw it on April 29, when news of a looming statewide coastal closure surfaced, causing outrage on the Central Coast among both residents and public officials like Assemblyman Jordan Cunningham (R-San Luis Obispo).

Cunningham said he was baffled when he heard the rumor, which stemmed from a leaked California Police Chiefs Association memo that surfaced on April 29 and was apparently sent out to various agencies warning of a plan to close all California beaches after recent issues with overcrowding at beaches in Orange County.

Although Newsom ultimately announced on April 30 that only Orange County’s beaches would be subject to closures and claimed that a targeted approach had always been the plan, Cunningham doesn’t believe that’s the case.

Cunningham said Newsom’s staff told him a statewide closure was in the works prior to the April 30 announcement. Cunningham was one of many California politicians to release a statement early on April 30 opposing the possible closure, and on Facebook, Cunningham called it the "wrong decision," one that didn’t have any backing in science or rationale.

While more populated areas in California may be struggling to manage crowds, Cunningham said that hasn’t been a problem on the Central Coast. Here, Cunningham said, public officials are taking a measured approach to trail and beach restrictions. While some narrow trails and beaches are understandably closed or open only for some uses, most beaches in SLO County are open and being successfully monitored, Cunningham said.

Public health officials, he said, all seem to agree that sunshine, physical activity, and the outdoors serve to improve physical and mental health. And with so many Californians unemployed, running low on money, and feeling isolated, Cunningham said people are really struggling in that realm right now.

“Then to say on top of all of that, we’re going to take away your constitutional right to get some fresh air and sun at the beach?” he told New Times. “We have asked people to sacrifice a tremendous amount since this began.”

Cunningham certainly wasn’t alone in his response to the threat of beach closures. After Newsom’s announcement on April 30, SLO County Sheriff Ian Parkinson released a statement implying that he wouldn’t enforce such closures.

“I am not in favor of our beaches being closed and do not plan to make criminals out of people that need to walk, run, or enjoy the beach for their mental health,” the statement reads. “These are hard times and we need to self-police ourselves and follow safety practices like social distancing and other methods.”

Parkinson also noted that because California jails were recently ordered to release hundreds of inmates incarcerated on non-violent charges, his department is busy “protecting our citizens from criminals.”

Several SLO County public officials and health care professionals recently wrote a letter to Newsom requesting that he allow SLO County to incrementally phase out of its shelter-at-home and return to normal life. Public health officials say that while SLO County has rounded out its curve of COVID-19 cases and bolstered its ability to provide care to those in need, things can’t return to normal under the state’s current stay-at-home order.

Still, there are concerns about crowds at Pismo Beach, which drew hundreds during a warm weekend of April 25 and 26. Although the beach will remain open, Pismo Mayor Ed Waage released a 30-second video on May 1 asking tourists to avoid the beach during the COVID-19 pandemic.

“We are asking you to not come visit this weekend,” Waage said in the video. “Our city and businesses are working diligently to prepare for your return. We look forward to hosting you and your family so that you can continue making memories in Pismo Beach in the near future.” ∆