May 12, 2020
comment
Five years after a pipeline ruptured and spilled nearly 3,000 barrels of crude oil into the ocean near Refugio State Beach, killing birds, fish, and other marine life, a group of state and federal agencies has released a draft plan to restore wildlife and recreational activities along the damaged shoreline. 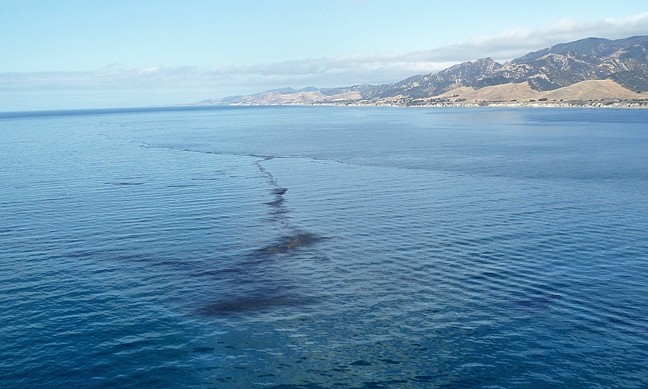 The draft plan, which the Refugio Beach Oil Spill Natural Resource Trustees released in late April, outlines $22 million of restoration projects the agencies could complete in areas affected by the spill.

“All of the proposed projects are designed to restore, replace, or acquire the equivalent of the lost resources and/or their services through restorative on-the-ground actions,” the draft plan states.

This includes $5.5 million to improve habitats along the 1,500 acres of shorelines that were damaged. A combined $4.5 million is dedicated to the restoration of bird and mammal populations, such as the removal of invasive species from nesting sites and the implementation of conservation measures for western snowy plovers at Coal Oil Point Reserve.

The draft plan also sets aside $3.9 million to improve human use of the shoreline to offset the damage the spill had on people’s ability to camp, swim, surf, and fish. Part of this proposed allocation would be used to improve camping and shore-based recreation activities from Gaviota State Park to El Capitan State Beach.

The $22 million worth of projects outlined in the plan would be funded by a $60 million settlement the pipeline’s operator Plains All American Pipeline reached with the federal government earlier this year. According to the U.S. Environmental Protection Agency’s settlement announcement, the oil spill was the result of the company’s failure to address external corrosion on the pipeline, which was worsened by the company’s delayed response to the event.

The agencies behind this Draft Damage Assessment and Restoration Plan are presenting the proposal during two online public meetings on May 13. The first begins at 1 p.m. and the second meeting begins at 6 p.m. For information about how to register for the meeting, visit the California Department of Fish and Wildlife’s oil spill webpage.

People interested in providing input on the plan can also send comments to refugiorestoration@fws.gov or by mail to the U.S. Fish and Wildlife Service office at 2493 Portola Road, Ste. B, Ventura. The deadline to comment on the plan is June 8, 2020. Following the review of public comments, the agencies will release a final version of the plan. ∆
Prev
Next