May 18, 2020
comment
When San Luis Obispo County school districts closed their classrooms due to shelter-at-home orders, public education moved online. Now, on top of schoolwork, children and young adults are using the internet to socialize even more than they did before the pandemic. 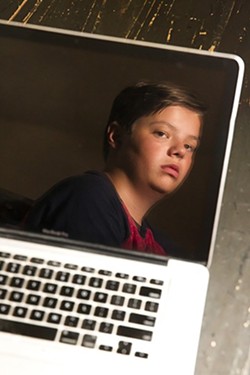 Linda Belch, SLO County’s adult and children’s services deputy director, told New Times that the issue has long been something the county and the Human Trafficking Task Force have worked on.

“It’s often hard to imagine that trafficking happens in San Luis Obispo County, but it does because we’re in that halfway place between three of the largest human trafficking centers being Oakland, San Francisco, and Los Angeles,” Belch said. “We actually have more trafficking activities than probably the average citizen would imagine.”

As of press time, Belch didn’t have countywide statistics, but she said that approximately five children who are currently in the Child Welfare Services department system were victims of trafficking.

Predators often identify children who spend a lot of time online, she said, and connect with potential victims to start building a relationship.

“So we’re concerned with kids being more online and with parents being stressed and trying to juggle multiple things with their work and homeschool. The vigilance piece may not be the first thing that they’re thinking about,” Belch said.

County officials urge parents to be in tune with who their children are interacting with and set ground rules for internet use. Suggested ground rules include: never give out personal information (address or phone number); never meet someone in-person who you’ve only met online; never post pictures or videos that parents or guardians would consider inappropriate; and to tell a parent or trusted adult if someone online makes them feel uncomfortable.

Belch also recommends that parents talk with their kids about the suggested online rules and the potential threat of online predators.

“Don’t think you don’t need to talk about this, because it could be a problem and you don’t even know it,” she said.

Having teenagers of her own, Belch suggests approaching the conversation with sensitivity to who the child is developmentally. One thing she’s found helpful is mentioning that she’s read an article about the subject and wonders if it’s something her children have heard about.

“When you hear something [from your children], be aware of your response and make sure that you’re receiving whatever your child says in the open supportive manner so that you’re not shutting down the conversation before it can get off the ground,” she said. ∆
Prev
Next