He was accused of opening fire at the Paso Robles Police Department, shooting an officer in the head, injuring three other law enforcement personnel, and has possible ties to a homicide.

Lira was killed during a shootout with responding officers in the Paso Robles riverbed area.

At a press conference on the evening of June 11, Paso Robles Police Chief Ty Lewis said the investigation of the incidents that began on June 10 is ongoing, but the primary suspect is Lira. 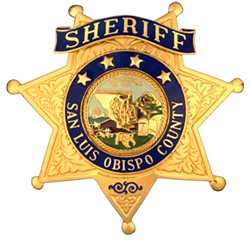 “First of all, it’s not lost upon myself or Sheriff [Ian] Parkinson what happened to Mr. Lira and his family. Our thoughts and our prayers are with his family … I also want everybody in the community to pray for our law enforcement officers that were injured during this,” Lewis said. “They’re heroes and they need to be recognized as such.”

Lira was a transient from the Monterey area, according to the SLO County Sheriff’s Office.

Lira’s father Jose Lira told the Associated Press his son had been diagnosed with schizophrenia, Asperger’s syndrome, and attention deficit disorder. Jose said his son had been in and out of jail and treatment centers, neglected to take his medication, and often believed he was a special agent or soldier.

The search for Lira began around 4 a.m. on June 10 after he ambushed the Paso Robles Police Department and shot Sheriff’s Deputy Nicholas Dreyfus, 28, in the face, according to law enforcement officials. Dreyfus was transported to a trauma center where he underwent successful surgery for his injuries—he is listed in guarded condition and his prognosis is good, according to the Paso Robles Police Department.

Lira fled the scene on foot. Later that day, the deceased body of a 58-year-old male was reported at the Amtrak station. The body was identified as James Watson and investigators deemed him a homicide victim. Officials say Watson was shot in the face at close proximity.

At a June 10 press conference, Sheriff Parkinson said law enforcement felt Lira’s actions were part of a planned ambush. Parkinson said his intention was for officers to come out of the police department so he could assault them.

Parkinson speculated that there was a “general theme floating around the nation of anti-law enforcement.” But he added that, at that point, all law enforcement could say was that the attack was unprovoked.

On June 11, Lira’s most recent Facebook post dated back to October 2018. The account has since been removed, as many users commented on his posts stating their hopes of his capture, but his posts didn’t show any signs of anti-law enforcement sentiments. Law enforcement agencies encountered Lira twice on June 10, and during both incidents, Lira fired at law enforcement personnel and retreated to the Paso Robles riverbed. On June 11, law enforcement planned to search the riverbed with additional assistance from the Kern County and Kings County Sheriff’s Offices. Lira began firing at officers and struck Arroyo Grande Police Sgt. Michael Smiley in his calf, according to officials. Officials said Lira then crawled up a small embankment between two of the officers’ containment units, ran up a short hill, and ran toward a vineyard while exchanging fire with officers. Law enforcement officials said that two more officers were injured: a CHP Officer was shot in his bulletproof vest and Kings County Sheriff’s Deputy Blake Bursiage was shot in the leg—both sustained non-life-threatening injuries. Lira attempted to flee toward Highway 101, when he was shot by law enforcement officers and pronounced dead at the scene.

Officers said they found Lira in possession of two handguns they believe were stolen from a commercial burglary in the city of SLO a few days prior to the June 10 shooting.

A GoFundme account was created for SLO Sheriff Deputy Nicholas Dreyfus and his family to assist with any medical travel or other expenses during his recovery—the page had raised $35,500 as of June 12. A GoFundme account was also created for the family of murder victim James Watson by his son Johnny Watson. As of press time on June 12, the account had received $5,141 in donations, surpassing its goal of $2,000.

“My dad’s name is James Harding Watson. His birthday is 6-25-61. He was born in Kentucky. He loved eagles, watching John Wayne movies and of course listening to the king Elvis Presley,” the post states. “He loved his family more than life itself and everyone knew it. He was an awesome man; he would give the shirt off his back to anyone in need even after being down on his luck, he was just that kind of man.” ∆
Prev
Next