July 07, 2020
2 comments
Despite a recent surge of COVID-19 cases in California and on the Central Coast, San Luis Obispo County recently halted a program aimed at giving homeless individuals a safe place to park, sleep, and shower overnight during the coronavirus pandemic.

SLO County first launched its safe parking and shower program in late March, shortly after the first few cases of COVID-19 trickled into the area and various businesses and services started closing down. That, according to SLO County Administrative Officer Wade Horton, led to concerns that the public showers homeless people often use at local gyms and campgrounds wouldn’t be available for the duration of the pandemic.

Through the county’s program, people experiencing homelessness were able to park their cars and sleep in them from 7 p.m. to 7 a.m. every day at the San Luis Obispo Veteran’s Hall and the Los Osos Library parking lots. Hot showers and bathrooms were available at those sites several days each week, and showers were also available during the day at the Coastal Dunes RV Park and Campground. 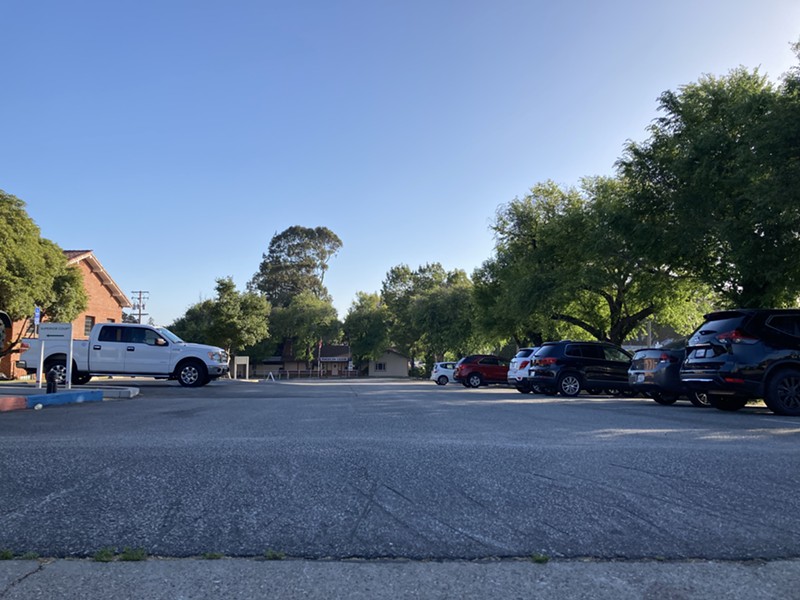 But all three sites closed when the program ended as planned on June 30, just as SLO County started reporting record rates of daily confirmed COVID-19 cases. As of July 7, SLO County had 808 confirmed cases of coronavirus, and health officials warned that we would likely soon be on the state’s “watch list,” which includes several other California counties that are struggling to control transmission rates.

“It was a good program to have but it’s not budgeted,” Horton told New Times. “We’re up against some pretty significant budget cuts, as you know.”

Horton said it cost the county about $16,000 a month to rent and clean one of the shower trailers that were at each of the three parking and shower sites. Multiply that by each site and add in the pay that went to staffers who worked at each site, and the bill adds up quickly. But aside from cost, Horton said a number of sectors are reopening for business, which means there are more places for homeless individuals to sleep and shower.

The county also informed everyone using the program of other services aimed at helping homeless people and offered those staying at the Vet’s Hall space in 40 Prado’s safe parking program.

Some kind of resurgence of this program is what homeless advocate Tim Waag hopes to see. Waag has been pushing SLO County and SLO city officials to develop some kind of safe parking program for years without success and said he was glad to see such a program up and running during the pandemic.

He helped serve meals weekly to those staying at the SLO Vet’s Hall, and said there were roughly 20 or more cars parked there each night. At least at that site, there weren’t any complaints from neighbors or serious incidents, Waag said. He hopes the county will offer something comparable, at least for the remainder of the COVID-19 pandemic.

“There were no negatives to this,” he told New Times. “I have not heard any negative reports about the safe parking programs.” ∆
Prev
Next