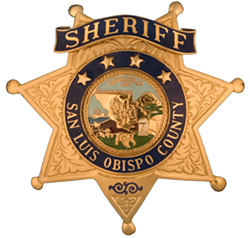 Prevention tactics include screening all arrestees for fever and COVID-19 symptoms before they enter the jail, quarantining all new arrestees for 14 days, screening staff for illness before they start work, providing masks to inmates, implementing video court to decrease community exposure, intensifying cleaning, and suspending in-person visiting.

A Sheriff’s Office employee who works inside the jail reported a positive COVID-19 test on July 9, according to press releases from the department. The employee developed symptoms during a shift on July 6 after returning from a vacation and was immediately sent home. That was the first case reported at the Sheriff’s Office.

On July 16, an inmate at the county jail reported a fever and body aches. The inmate was immediately isolated in the jail’s medical unit, according to a press release, and tested for coronavirus the same day. The Sheriff’s Office received the positive test result from the SLO County Public Health Department lab the following day. On July 18, another inmate developed a sore throat and was also isolated, the press release states. The inmate was tested for COVID-19 and the Sheriff’s Office received positive results the same day.

The inmates are in good condition, symptoms are checked daily, according to the press release, isolated, and the housing units where they lived are under quarantine.

On July 19, the Sheriff’s Office released a statement saying that a patrol deputy, two correctional deputies, and an additional inmate tested positive for the virus. The deputies that had contact with inmates wore masks during those interactions and the patrol deputy wore a mask in all interactions with the public, the Sheriff’s Office said. Possible affected staff in the sheriff’s office were contacted, are being monitored for symptoms, and are currently quarantined.

For each positive test result, the Sheriff’s Office said, it conducted contact tracing investigations and forwarded the information to the county's Public Health Department for evaluation and follow-up.

As of July 19, the Sheriff’s Office had tested more than 300 inmates for coronavirus, with 50 of those tests completed in the past 24 hours. ∆