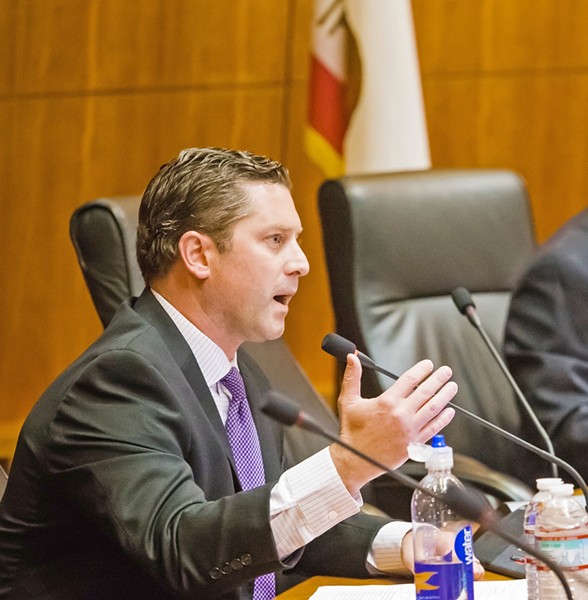 First introduced in 2019, the bill “provides a mechanism for disclosure of records in cases of sustained allegations of improper use of deadly force, sexual assault on a member of the public, or dishonesty on the job,” a press release from Cunningham’s office states.

The bill, which already passed in the state Assembly, looks similar to Senate Bill 1421 from 2018, which allows the public to get records of investigations into police activity when it involves certain categories of serious misconduct on the job. But a major loophole of SB 1421, Cunningham argued, is if an officer resigns while under active investigation of this type of misconduct, the records aren't made available to the public.

“Now you may be thinking this is probably fairly rare, and you’re right, but we’ve already seen it happen once,” Cunningham said in January when he spoke about the bill on the state Assembly floor. “It happened in my district, where an officer who allegedly committed a rape on the job, on duty, resigned before the investigation into that was completed and the records never came to light. That’s a problem.”

The instance Cunningham referred to happened when former Paso Robles Police Officer Chris McGuire was accused of rape and sexual assault in 2019, but resigned before the city finished its investigation, barring the public from accessing McGuire’s investigatory records.

“Our law enforcement officers do a very difficult job and most do it admirably. But there are instances when officers abuse their badge,” Cunningham said according to the July 31 release. “AB 1599 is a common-sense measure. In cases where there are sustained findings of serious misconduct, the records should be made public. My hope is that this measure will increase trust between law enforcement and the communities they serve.”

In addition to sexual assault, AB 1599 also allows for disclosure of records in cases of “sustained allegations of improper use of deadly force” and “dishonesty on the job,” the release states. ∆