August 14, 2020
comment
A COVID-19 outbreak at the California Men’s Colony (CMC) is now the largest active outbreak among all state prisons—with 208 inmates and several staff members infected as of Aug. 14.

The outbreak began at the end of July, and the infection numbers have steadily increased over the past two weeks. 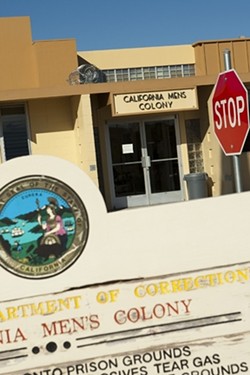 On Aug. 14, CMC reported 25 new cases, a day after it added 50. Of those who are actively infected, “fewer than 10” are hospitalized, a CMC spokesperson said.

CMC is working with the SLO County Public Health Department to test inmates and staff, and to follow health guidelines—requiring mask wearing, sanitizing regularly, and conducting temperature checks on anyone entering the facility.

The SLO County Public Health Department said in an Aug. 11 press release that prison staff is also “successfully isolating and quarantining inmates with symptoms or who have tested positive and is providing the necessary care to help slow the spread.”

Over the past two weeks, health officials have tested about 2,000 CMC inmates—or more than 50 percent of its population—the most tests conducted at a California prison over that time, according to state data.

CMC has also released 92 inmates as part of California’s early release policies adopted in response to COVID-19. More than 4,000 inmates statewide have qualified for early release, and they include prisoners who had less than six months remaining in their sentences or were in medically high-risk categories.

The 92 inmates released from CMC thus far account for about 5 percent of its total pre-COVID population. Of those, 18 were released in SLO County.

John Hill, a CMC public information officer, said the releases were part of previously adopted COVID-19 policy and not a direct response to the most recent outbreak.

“This wasn’t a reaction to our current situation,” he said. ∆