September 10, 2020
1 comment
Cuesta College students are calling for the school to take a stronger stance against racism after board members recently postponed approving a resolution that would have affirmed the board’s commitment to equity and anti-racism.

At a meeting on Sept. 2, the Cuesta College Board of Trustees discussed a proposed resolution that would have required the board to remain committed to anti-racism, cultural competence, and Cuesta’s Student Equity Plan. But a vote on the resolution was postponed after some board members, including trustee Angela Mitchell, took issue with wording included in the resolution, like “systematic racism” and “centuries of institutional racism.” 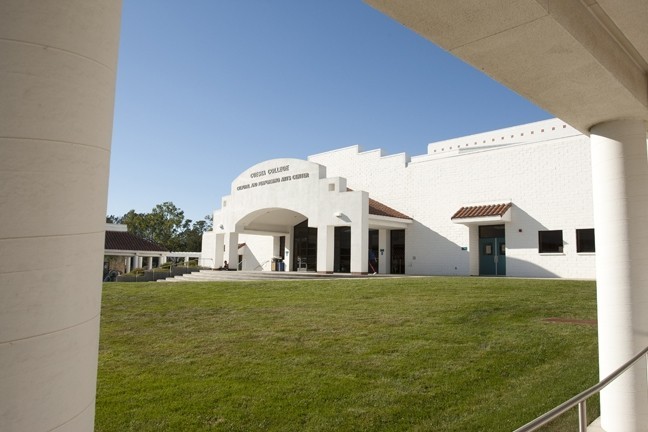 “So while I believe in all the points made in this resolution, I am not comfortable with the word ‘systemic,’” Mitchell said at the Sept. 2 meeting. “‘Systemic’ means widespread throughout our entire society as a whole, implying that each and every one of us is a racist. And I don’t believe it needs that word, ‘systemic.’ And I would be more than happy to approve a resolution if the word ‘systemic’ was removed, but I just don’t believe that everybody here is a racist.”

While other board members said they didn’t have the same interpretation, Trustee Pete Sysak agreed and added that he didn’t like much of the wording included in the first two paragraphs of the resolution.

The resolution leads by noting that considering “centuries of institutional racism, inequity, and oppression set upon Black Americans and people of color; and noting with deep concern the systematic racism, acts of discrimination, and hate crimes experienced by Black Americans and people of color that results in social and economic barriers to success,” Cuesta’s board should condemn racism in all forms and commit itself to equity and inclusion in the classroom.

Sysak said at the meeting that he’d like to scrap the phrases “centuries of institutional racism” and “deep concern,” and said he was confused why “Black Americans” were explicitly mentioned while everyone else was lumped into “people of color.” He asked: Are people of color not also Americans?

Instead of being amended on the spot or going to a vote, the board agreed to create a subcommittee—consisting of trustees Sysak and Mary Strobridge—to work with the president’s office to rework the resolution, which will be brought back to the board at its next meeting.

Jesus Cendejas, a student trustee, said he disagreed with the critiques of the resolution and instead wanted the resolution to go further, especially in affirming its commitments to equity for the Latino community.

“I’m actually OK with tabling this to a subcommittee,” Cendejas said at the meeting.

He added that he hoped an improved version of the resolution would get passed as soon as possible. The resolution, he said, was a response to a June 3 webinar against structural racism hosted by the California Community College Chancellor’s Office, in which the office called for colleges to commit to anti-racism efforts.

“I do want to note to the board and to members of the public that Chancellor Eloy Ortiz Oakley had actually sent this out on June 3 and his call to action was actually June 3,” Cendejas said at the meeting. “And we are just now doing this on Sept. 2. I just want to note that we are kind of behind schedule in that department.”

Xavier Ortiz, a Cuesta student in his second semester at the school, tuned into the Sept. 2 board meeting and said he was shocked to hear leaders in the world of academia take issue with the concept of systemic racism. The conversation, Ortiz said, echoed sentiments recently shared by some SLO County public officials like Sheriff Ian Parkinson, who suggested at a July 6 North County Tea Party meeting that racism isn’t a problem in SLO.

“I feel like it minimizes and marginalizes what the protesters and even people of color are going through in our county and state,” Ortiz told New Times.

When the leaders of a school are essentially all white—which is true for Cuesta’s board of trustees—Ortiz said they should try to listen to and better understand the experiences of students and staff of color. There are obvious examples of racism in SLO in the many high profile racist incidents at Cal Poly in recent years, including when a student wore blackface to a Lambda Chi Alpha fraternity event in 2018.

“But Cuesta has had incidents, too,” Ortiz said, “and I don’t feel Cuesta has taken a strong enough stance on equity.”

That’s especially concerning to Ortiz because of the recent turmoil in San Luis Obispo surrounding the arrest of Black youth activist Tianna Arata, who was arrested on July 21 (and later released) following a local Black Lives Matter protest. Ortiz said Cuesta’s administration has yet to offer support or even acknowledge Arata, who formerly attended Cuesta as a student athlete.

Instead some administrators and board members have taken the opposite stance. Trustee Sysak regularly condemns protesters and the Black Lives Matter movement on his Facebook page and shares his support for law enforcement.

Ortiz and Cendejas both said they hope more students show up to support anti-racism efforts at Cuesta this fall. ∆