September 11, 2020
comment
During the public comment at the virtual Paso Robles Joint Unified School District board meeting on Sept. 8, some community members raised concerns over a board member’s published opinion piece claiming systemic racism is a myth.

Resident and Paso Robles High School alumna Shannon Gonzalez told the board that she was incredibly “disgusted and disappointed by the racist content” in the piece. 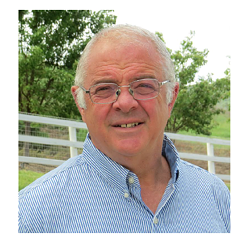 Board Clerk Christopher Arend wrote an opinion piece for Cal Coast News, “The myth of ‘systemic racism,’” in which he breaks down the definitions of systemic racism and his view on how the term has taken on new meaning today.

“‘Systemic racism’ is an example of sophistry promulgated by well-paid academics as an essentially simplistic means of explaining socio-economic differences among racial groups in the USA. The concept of ‘systemic racism’ and the new definition of the term ‘racism’ are tailored to the political situation in the USA and lead to absurd results when applied to history and other nations,” Arend states in the piece.

Arend, who also serves on the Paso Robles diversity panel formed by Paso Robles mayor Steve Martin, also states that systemic racism is based on a definition of racism “that downplays or even eliminates the aspect of individual racial prejudice and instead uses a collectivist approach to ascribe collective guilt (‘All whites are racist’) and collective innocence (‘Blacks cannot be racist’).”

“This divides the country and easily leads to violence directed against the
‘system’. Finally, the concept of ‘systemic racism’ leads to simplistic public policies that focus on treating the symptoms (e.g. releasing incarcerated Blacks) rather than cause (e.g. combatting criminal gangs and encouraging the local community to snitch on criminals),” the opinion piece states.

Arend told New Times that he decided to write the piece because of the growing divide in the country between people who believe systemic racism exists and those that do not. He said the difference of opinion is a result of people not understanding that the term has two meanings.

“The upshot is that ‘racism’ in the old sense of the term is individualist while the new definition takes a collectivist view. In light of the harshness of the accusation of being a racist, I looked at which definition makes more sense and concluded that the individualist approach is much more accurate. I was also bothered by the ridiculous line of argument in ‘white fragility’,” he said.

Arend wasn’t surprised by the response he received at the board of trustees meeting but said no one has reached out to him personally to have a dialogue.

“As I point out in the article, ‘racism’ in the individualist sense exists everywhere in the world and in every ethnic group, because there are unfortunately a lot of people who are stupid and judge others by the color of their skin and not by the content of their character (paraphrasing MLK). I despise such stupidity and support every effort to teach our students to use their brains. I also, of course, recognize that many people and their families have suffered racist acts in the past and that racist acts still occur, even sometimes among our students,” he said.

Paso Robles Unified School District Superintendent Curt Dubost told New Times that while Arend would have been advised to make it more explicit that he wrote the piece as a private citizen and not a board member, he doesn’t believe any board policy was violated.

“Members of the public who found it offensive have the obvious option of voicing their opposition as they have and opposing him should he stand for reelection when the time comes,” Dubost said.

The superintendent said as he understands it, Arend’s intention with the opinion article was to start a dialogue about a controversial issue.

“I have gotten to know him on a personal as well as professional level and while our politics do not align I have never heard him say or do anything I considered to be racist,” he said. ∆