September 18, 2020
comment
When the Avila Fire ignited on June 15, firefighters were able stop it after just a few days and 445 acres burned. No homes or lives were lost, but Pismo Beach city staff worry that the loss of vegetation in the scorched hills surrounding Pismo could lead to another emergency: mudslides. 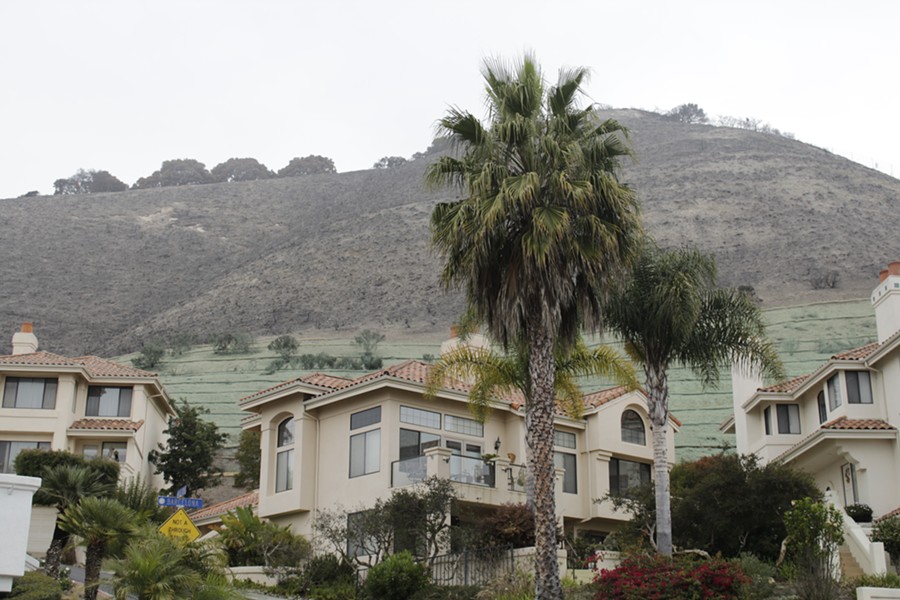 “Obviously we don’t know that we will have them,” City Manager Jim Lewis said at a Pismo Beach City Council meeting on Sept. 17. “But we were very successful in working with fire, police, and public works to mitigate a major fire in the community in June, and now comes the continued discussion. And so I know this council is very focused on emergency preparedness, very focused on public safety and protecting your residents, and so the staff is rising to that challenge, and I have appointed a committee of experts from that staff and others to prepare for mudslide prep.”

Pismo Beach Management Services Director Jorge Garcia is a part of that team, which he said is already hard at work creating emergency mudslide evacuation plans, mapping out what areas of the city are most likely to be hit, and installing preventative fixtures in the hills that were burned by the Avila Fire.

While Garcia said Pismo Beach has been planning for a wildfire emergency for years, mudslide prep is largely new territory.

“So historically speaking we have not really had mudslides,” Garcia told New Times. But, he added, “we have not had fires significant like this.”

The roots of trees and other plants help keep loose soil from running down hillsides, so mudslides are common in hilly and mountainous regions that lack significant vegetation. It’s unclear how much moisture Pismo is expected to see this winter and how likely it is that a mudslide will occur. But after the 2018 mudslides in Santa Barbara—which killed 23 people and happened in hills that had been hard hit by wildfires weeks earlier—Garcia said Pismo isn’t taking any chances.

The city is working to install guard rails and fencing along especially vulnerable roads and neighborhoods, along with swale drainage systems that can catch and direct mud and water along the hills.

But Garcia said the city doesn’t actually own much of the impacted hillside. Some of the land is SLO County property, some is owned by homeowners associations, and other portions are part of a private ranch. The city can’t force those entities to do the work necessary to prevent mudflow, but it’s in contact with them. Some of the homeowners associations have already responded to the city and recently started laying seeding in hopes of growing some vegetation before the rainy season.

“This is not something the city can do alone,” Garcia said. ∆