September 23, 2020
comment
San Luis Obispo County moved out of the state’s most restrictive set of COVID-19 regulations on Sept. 22, allowing indoor spaces at restaurants, gyms, places of worship, museums, zoos, and aquariums to reopen with restrictions.

While the changes are effective immediately, local health officials warned that they could be quickly reversed if the community sees another surge of cases. 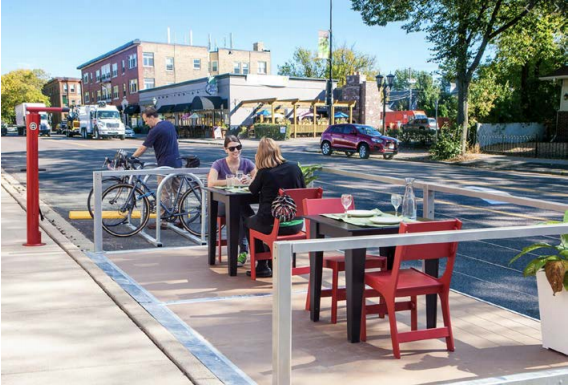 “While we celebrate this small success, we must stay vigilant,” SLO County Public Health Officer Penny Borenstein said in a press release. “Our progress depends on each person in SLO County.”

State Department of Public Health data showed on Sept. 22 that SLO County and four others—Alameda, Riverside, San Mateo, and Solano—had progressed into the red tier of the state’s four-tiered Blueprint for a Safer Economy.

In red tier counties, the spread of COVID-19 is considered “substantial”—an improvement from “widespread” in the lowest purple tier where SLO County had been listed for weeks.

If SLO County continues to lower its case and positivity rates even further, it can move to the orange tier, where offices, entertainment centers, and bars may reopen, and other sectors may grow their indoor capacity.

But if the county posts higher rates, it can also backslide to the purple tier again.

In its press release, the SLO County Public Health Department underscored a recent spike in new cases and delivered a warning about potentially see-sawing between tiers.

“If we see an increase in the spread of COVID-19 here, we will move back to purple, and most indoor operations will close again very soon,” Borenstein said.

One challenge, county officials said, is that the state evaluates COVID-19 data on a delayed basis. For example, SLO’s move to the red tier is based on two weeks of data from Aug. 30 to Sept. 12.

Since SLO County tracks many of its COVID-19 metrics in real-time, it knows generally whether or not it’s meeting state targets.

What worries officials are days like Sept. 19, when SLO reported 42 new cases, more than double the minimum daily number needed to remain in the red tier.

But Michelle Shoresman, a county spokesperson, said that the state relies on a two-week case rate average that’s adjusted based on overall test numbers.

“A blip of a day here or there,” she said, is not necessarily a cause for alarm. On Sept. 22, SLO County reported a more modest 15 new cases.

“What we don’t want to see is a consistent increase in case numbers daily,” Shoresman said.

In the department’s release, Borenstein endorsed businesses continuing to use outdoor spaces over indoor spaces—even with the more relaxed rules.

“Outdoor operations remain the safest environment to slow the spread of COVID-19 and should be supported whenever feasible,” she said. ∆