November 23, 2020
comment
California counties that reverted to the purple tier of the state’s reopening guidelines, including San Luis Obispo County, are subject to a limited stay-at-home order that went into effect on Nov. 21.

A curfew requires that all gatherings with members of other households and activities conducted outside the home cease between 10 p.m. and 5 a.m., except for essential activities.

In a Nov. 20 Facebook post, Paso Robles Police Chief Ty Lewis said that he had received a lot of inquiries about the new curfew order. 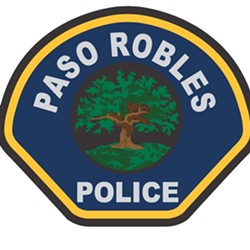 “There are many questions about enforcement as many see the order as unconstitutional, and unenforceable, and violation is a simple misdemeanor. Our [district attorney] has already indicated he will not file criminal charges on these executive orders except in the most egregious of circumstances,” Lewis stated.

The greater question, he said, “surrounds the potential for protests because there is a feeling that the order will invite and incite protests against it during the ‘curfew’ hours and how is law enforcement supposed to react to those.”

In an attempt to be transparent, Lewis said he was waiting for information and guidance from the Governor’s Office of Emergency Services that would answer the community’s questions.

According to readyslo.org, San Luis Obispo County will enforce the state’s modified shelter-at-home order if a business refuses to comply with it. Businesses could face a misdemeanor punishable by a fine of up to $1,000, up to six months in jail, or both. ∆