Local residents interested in learning more about the transition or asking questions can log onto two 3CE public forums scheduled for Dec. 8 and/or Dec. 10 at 6 p.m. 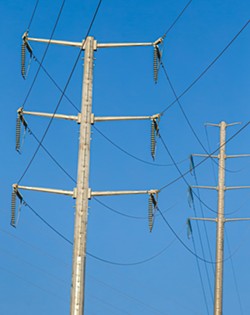 After their comments, 3CE officials will give a presentation “covering 3CE, enrollment, what customers can expect, and a Q&A addressing questions live,” according to a press release.

For the enrolling communities, which include Arroyo Grande, Grover Beach, Pismo Beach, and Paso Robles in SLO County, 3CE will become the default power provider, with an option to opt-out and remain with PG&E. The joining municipalities all voted last year to make the transition.

San Luis Obispo and Morro Bay kicked off 3CE’s expansion south of the Santa Cruz-San Benito-Monterey tri-county region in January 2020. By the end of next year, the utility is poised to serve more than 400,000 customers from Santa Cruz to Carpenteria.

“3CE service represents a choice and alternative to receiving electricity service solely from investor-owned utilities,” 3CE’s press release read. “3CE is one of 24 community choice energy agencies serving more than 10 million customers throughout California. … 3CE will now oversee electric generation; how and where electricity is generated as part of its newly approved 100 percent clean and renewable energy by 2030 goal from new projects which will support an estimated $4 billion of economic development.” ∆
Prev
Next