Visit centralcoastmusic.org for more info on the Central Coast Music Teachers Association, which aims to promote music education offerings throughout Santa Barbara and San Luis Obispo counties. On the association's website, visitors can click on a tab for any Central Coast city, ranging from Cambria to Lompoc, to see who's teaching where.

When music instructor Louise Frye moved from Southern California to the Central Coast, she quickly found a convenient way to connect with colleagues and potential new students in the area.

"Being a piano teacher and a previous member of the Music Teachers Association of California, I was anxious to meet other teachers with a similar professional philosophy," said Frye, who was thrilled to find out the statewide nonprofit had a local chapter near her new home.

Frye remembers going to her first meeting hosted by the Central Coast Music Teachers Association, held one evening at a member's house in San Luis Obispo.

"I knew right away that I would join," said Frye, who felt confident she would "enjoy the comradeship of the other teachers and experience a lot of professional growth," she added.

While its parent organization—the Music Teachers National Association—has been around since the late 1800s, the Central Coast chapter was founded in 1972, making this year its 50th in existence.

"Hopefully our chapter will find a way to celebrate our 50th anniversary," said Frye, who currently serves the association as its secretary. "Perhaps a nice lunch or dinner out when we get closer to summer. The pandemic situation has forced us to mainly meet on Zoom." 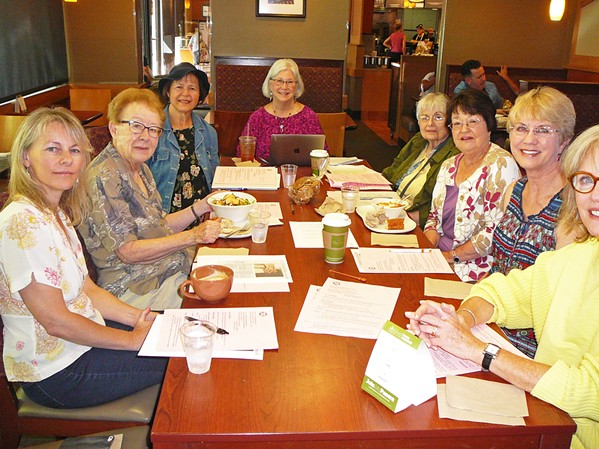 The group is currently able to host some in-person events though, including a recent piano lecture led by Charles Asche, a music professor at UCSB. The free program took place at the Santa Maria Public Library in Shepard Hall on March 5.

"His lecture [focused] on the fundamentals of developing an effortless sound and technique," said Frye, who first met Asche through the association and has known him since the 1990s.

Like her students, Frye's own musical journey began during her childhood. She was 7 years old when her father taught her how to play the piano and 13 when she started taking formal lessons at the San Francisco Conservatory of Music.

Frye received her master's degree in music at CSU Fullerton before becoming a piano teacher herself.

"I still teach after 45 years and really enjoy it," said Frye, whose music studio is based in Nipomo. "A few of the teachers in our group have been teaching equally as long and well past retirement age."

The Central Coast Music Teachers Association aims to promote music education offerings throughout Santa Barbara and San Luis Obispo counties, as the group's member instructors are based in several different cities. On the association's website, visitors can click on a tab for any Central Coast city, ranging from Cambria to Lompoc, to see who's teaching where.

"The benefits of joining the Central Coast Music Teachers Association are really worthwhile," said Frye, adding that the group is just as beneficial to local music students as it is to local music instructors.

Along with free lectures and other programming, the Central Coast chapter and its parent group also host periodic music competitions. The most recent local piano competition took place in Arroyo Grande in February.

"Motivated students have many avenues to showcase their talents in performance and improve their musicianship skills," Frye said. Δ