While the dumpster fire that was 2016 may have spilled over into 2017, it wasn't all bad. Here in San Luis Obispo County, the arts scene also had its downs with the cancellation of the beloved PasoArts Fest and President Donald Trump's travel ban preventing a filmmaker from Iran from attending the SLO Film Festival. But there were triumphs too, with SLO Little Theatre going professional and paying casts and crews for main stage productions; the SLO Museum of Art launching a capital campaign for a new building; and, according to a survey by Americans for the Arts, local arts groups brought in $27 million. Read on to discover New Times' ranking of a year in the arts.

In May, Kevin Harris of the SLO Little Theatre announced it would be rebranding as the SLO Repertory Theatre, transitioning from a community theater to a professional theater. Starting in August the theater employed all paid casts and crews for main stage productions while beginning to plan a capital campaign for a brand new theater. 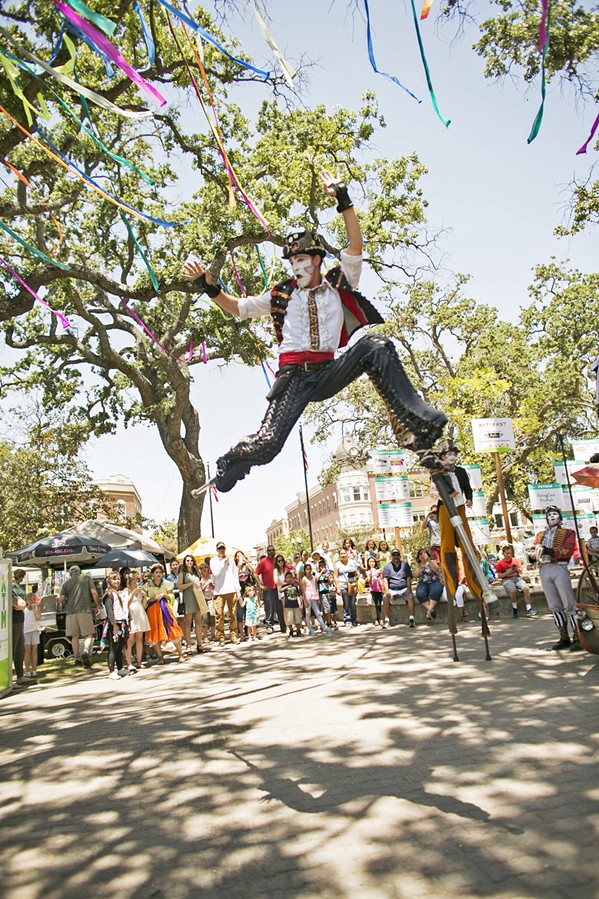 For the better part of a decade, Paso ArtsFest, put on by Studios on the Park and the city, was a unique event in the SLO County arts scene, offering free admission and activities to the community and tourists alike. In 2016, about 10,000 people filled the downtown park to peruse paintings for sale, watch the quick-draw event, learn how to build a masterfully sculpted sand castle, or simply sip wine and enjoy the live music. So it came as a shock to the community in February when Studios on the Park announced that the festival was canceled this year, due in part to a lack of volunteers. 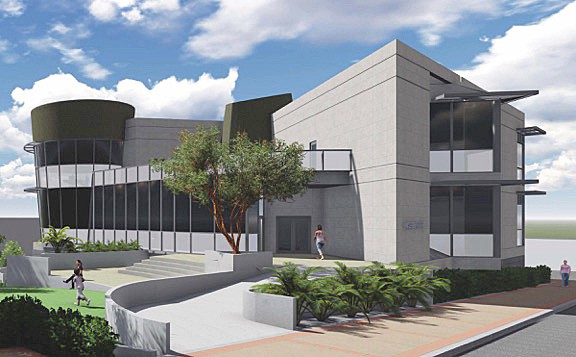 In January, the SLO Museum of Art announced a capital campaign to raise $15 million to build a new, bigger, and better art museum, hopefully starting with a groundbreaking in 2019. The new museum will sit on the same plot of land as the current one on Broad Street in downtown SLO.

4. Money in the arts

Scott Yoo conducted the Festival Mozaic Orchestra earlier in 2017 at Cuesta College's Cultural and Performing Arts Center. The festival was one of 28 organizations to participate in the Arts and Economic Prosperity 5 Survey, which revealed that nonprofit arts are a $27 million industry in SLO County. The survey was spearheaded by Arts Obispo and marked the first time SLO County has quantified the economic impact of arts organizations.

President Donald Trump's travel ban prevented an Iranian filmmaker, Hassan Akhondpour, from attending the SLO Film Festival in March. Originally implemented through an executive order in January, the temporary ban blocked citizens from seven predominately Muslim countries—Iran, Iraq, Syria, Libya, Sudan, Yemen, and Somalia—from entering the U.S. In early February, the U.S. Court of Appeals for the Ninth Circuit rejected the president's bid to reinstate the ban on the grounds that the administration had shown no evidence that anyone from the seven countries had committed terrorist acts on U.S. soil. Despite this reversal, the filmmaker wasn't able to set a new appointment for a travel visa in time. Akhondpour's film, Fereshteh, Daughter of Ahmad, was still shown at the festival. Δ

Arts Editor Ryah Cooley thinks 2018 will finally be the year she masters the handstand. Contact her at rcooley@newtimesslo.com.