A blessing in disguise

That all changed when Hernandez and her business partner found an empty warehouse on the edge of downtown. The “big empty box,” as she called it, would eventually become the new home of the San Luis Obispo business staple, Costume Capers. As it turns out, the move was a blessing in disguise. 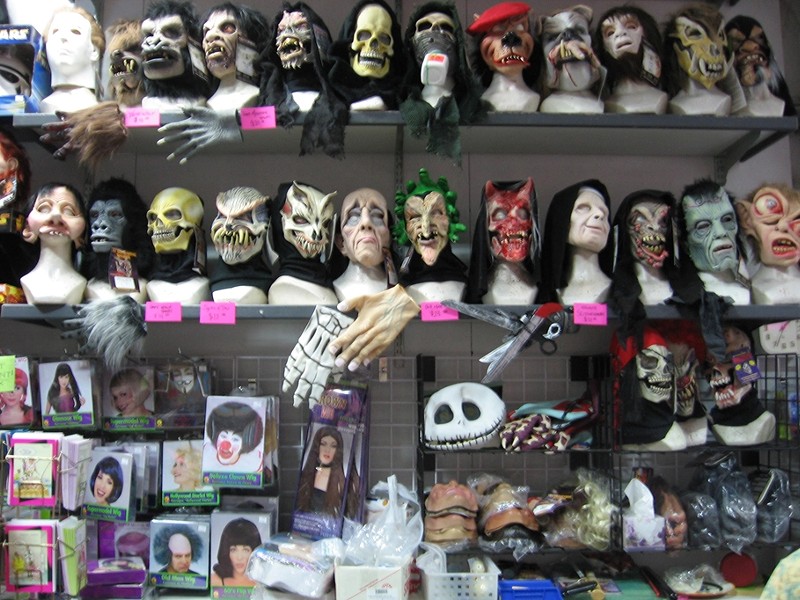 “Finding a new location that was big enough but affordable was very discouraging. We considered the possibility of not reopening on time, if at all,” said Hernandez. “Luckily, that didn’t happen.”

After a considerable amount of work, the former warehouse at 2146 Parker Street in SLO is now home to an overwhelming selection of costume garments and supplies. With shelves of boxes that reach from floor to ceiling, and a dry-cleaner conveyor rack hanging at one end, the new building has proved to be bigger and better for business. Whether it’s for Halloween, a theatrical performance, or a theme party, Costume Capers is sure to have something for everyone who wants to masquerade. “The costume business is very unpredictable and presents an interesting challenge to meet customer’s needs,” said Hernandez, who for nearly a quarter-century has seen costume trends come and go. Last year’s hot theme was sailor outfits.

“Don’t ask me why, sometimes it’s completely random,” admitted Hernandez. Other times, pop-culture can shape what becomes a hot costume idea. The recent “Dark Knight” film has inspired many costume seekers to come through Hernandez’ door and ask about Joker and Batman supplies.

Of course, as with every election season, political figures also become the targets of satirical costumes. According to Hernandez, the announcement of Sarah Palin came a bit too late for this year’s Halloween season, but she assures customers that John McCain and Barrack Obama masks will be in stock.

“We’re hoping to get them very soon,” she said.