There's not a whole lot that can surprise Cuesta College student Dawn Grillo at this point. Grillo is president of Cuesta's Black Student Union and a member of the Associated Students of Cuesta College, and when her fellow student representatives showed her some controversial Facebook posts—which critics have called racist, homophobic, and Islamaphobic—shared by one of Cuesta's trustees, she was appalled. But she wasn't surprised.

"Great," Grillo said she thought. "Another one. Here we go." 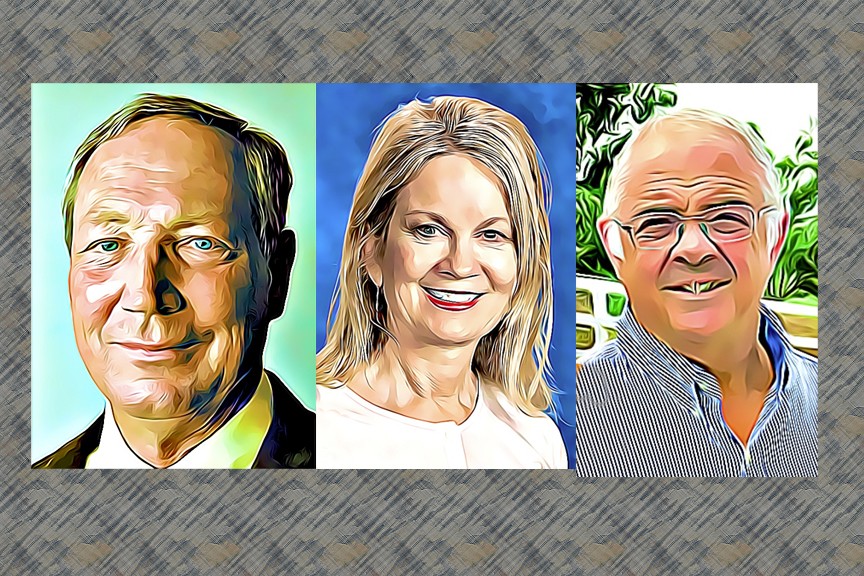 Pete Sysak, president of the Cuesta College board of trustees, came under fire recently for posts on his personal Facebook page that contain everything from totally false information to anti-gay and anti-Islam sentiments. A number of Sysak's posts were reportedly deleted around the time The Cuestonian and The Tribune published stories about Sysak's activity online and his page has since become private, but many polarizing posts remained available for public viewing when New Times searched on Oct. 29.

In a meme Sysak had shared on Oct. 8, the faces of now President-elect Joe Biden and Vice President-elect Kamala Harris are photoshopped onto the bodies of people wearing Nazi uniforms, and reads, "WE'RE COMING FOR YOUR GUNS." Facebook flagged several posts on Sysak's page as containing misleading or totally inaccurate information, including one from Oct. 12 that falsely claims abolishing the Electoral College would make Los Angeles County "stronger than 43 states."

Dozens of Cuesta students, faculty, and staff condemned Sysak's posts during a board of trustees meeting on Nov. 4, where many called Sysak's views misinformed and misrepresentative of the Cuesta community. Nearly everyone who spoke called for his resignation.

Grillo wasn't at that meeting, but she agrees Sysak should resign. Of course, Grillo said, everyone has the right to express their opinions.

"But when you're representing a group of people, you have to, at the very least, be impartial," Grillo told New Times. "And he's clearly not neutral."

Sysak hadn't yet addressed the issue publicly and didn't respond to a request for comment for this story. Even if he resigns, Grillo said that wouldn't fix the bigger issue. Intolerance is widespread throughout the whole city of San Luis Obispo, the whole state, and the entire country.

"It's a systemic thing," she said. "It's within the system."

(Update: Sysak defended his Facebook posts at a special meeting on Nov. 12, where despite calls for his resignation, he refused to step down.)

Sysak isn't the first SLO County public official to get heat over a controversial presence online. In October, San Luis Coastal Unified School District board candidate Eve Dobler-Drew was criticized for sharing information associated with a QAnon conspiracy theory on Facebook, along with misinformation about the Black Lives Matter movement and COVID-19. According to SLO County's unofficial election results from Nov. 6, Dobler-Drew could very likely be elected to the board.

In September, Paso Robles Joint Unified School District board clerk Chris Arend caught flak for arguing in an opinion piece published by CalCoastNews that systemic racism is a myth. In January, Nipomo "Citizen of the Year" Jim Harrison resigned from his position on the SLO County Planning Commission after community members complained about his Facebook posts likening Democrats to Nazis and calling for Islam to be banned in the U.S.

The trend has sparked a local debate over what content is appropriate for public officials to share publicly and online and what should happen if a line is crossed.

"I think it's representative of a bitter trend in our culture," Cal Poly journalism lecturer Kim Bisheff told New Times.

Bisheff worked at the Los Angeles Times before joining the Cal Poly team, and now she often researches, writes, and lectures about the spread of misinformation through social networks. Misinformation—misleading and outwardly false information that is often intended to deceive those who ingest it—is becoming increasingly common on social media. Everyone with a computer is at risk of being duped by falsities online, Bisheff said, especially older generations.

In a recent report published by scholars at several universities, researchers analyzed about 30 million tweets related to COVID-19 collected between January and September from more than 500,000 registered U.S. voters. The report concluded that while older voters of all political orientations shared more fake news than younger Twitter users overall, Republicans over the age of 65 were the most likely to share stories from fake and misleading sites. Roughly 5 percent of all URLs shared by that group came from known fake domains.

Older folks, Bisheff said, didn't grow up with the internet or social media and thus don't have as much knowledge about the signs that content online might be fake or misleading. Still, Bisheff said, everyone who goes online has a responsibility to ensure that what they're sharing is accurate, especially public officials.

"It's really upsetting to me that people who we've chosen to be leaders in the education realm are making such big mistakes in this area," Bisheff said. "That doesn't bode well for the rest of us, and it doesn't give us a lot of confidence in their decision-making abilities across the board."

"I was shocked, saddened, disappointed, and then later angered by Pete Sysak's communication to the public," Leone told New Times, "which does not represent what we do on behalf of students and student equity."

Equity is important to Leone. Years ago Leone was president of the academic senate, a group of faculty and staff who make recommendations to Cuesta College administration regarding academic matters. At the time, Leone said the Anti-Defamation League's No Place for Hate initiative, a self-directed anti-bias program, was making its way through K-12 schools throughout the country.

Leone and other academic senate members drafted a No Place for Hate resolution customized for Cuesta's campus, presented it to the board of trustees, and it passed in 2010 without much discussion.

Cuesta's No Place for Hate resolution essentially establishes that Cuesta's campus is a safe space for students of all identities, that it has no tolerance for hate speech, and ensures that educators will work toward equity for underrepresented students. The messaging in many of Sysak's public posts on Facebook, where he identifies himself as a Cuesta trustee, clearly violates the terms of that resolution, Leone said.

"So no, he doesn't have the right to do that," Leone said, adding that Sysak is also in conflict with Cuesta's mission statement, which states that Cuesta College is an "inclusive institution that inspires a diverse student population to achieve their goals."

"And that's the statement he's supposed to operate under primarily," Leone said.

Faculty leaders are considering taking a vote of no confidence on Sysak, which Leone said could at least show that a majority of Cuesta's employees disagree with his sentiments. At a 1:30 p.m. meeting on Nov. 13, the academic senate plans to consider a resolution that calls for a censure, which is essentially a public admonishment of Sysak's posts and could bar him from publicly sharing his opinions in the future.

But Chris Arend, the Paso Robles school board clerk who argued that systemic racism is a myth, said the idea that officials like himself aren't allowed to speak publicly on their own behalf is "absolute garbage."

"We as board members do not give up our right to free speech when we join the board," he told New Times. "We can opine about anything, we just don't do it in the name of the school board."

Although Arend's situation didn't involve social media, he said he faced many of the same criticisms that Sysak and others have for publicizing controversial conservative views. After publishing his piece, Arend said he was immediately cast off by some as a racist, morally depraved, and unfit to make decisions related to education. It wasn't unexpected, he said. That's the emotional reaction he sees from the left time and time again in lieu of any real discussion or argument.

"This kind of, 'We're morally superior to you so we don't have to think about the points you raise,' is a little bit idiotic," Arend said. Δ