Community support, but no arrests for Atascadero man beaten in his own home

As far the Atascadero Police Department and the San Luis Obispo County District Attorney's office are concerned, the case involving the brutal beating of an Atascadero father in his home by a group of teenagers last December is over.

But for 42-year-old Chris Rizor, a 15-year resident of the county and former PG&E employee, the consequences continue. 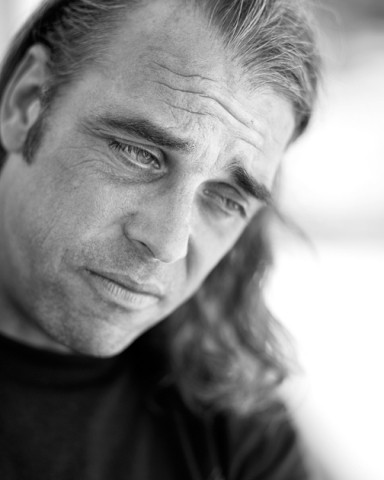 # happened on the night of Dec. 12, 2006, at Rizor's Atascadero home. Based on police interviews with Rizor, suspects, and neighbors who found him unconscious in his driveway in a pool of his blood, the situation was swift, out-of-control, and violent.

A fundraiser benefit was held on April 28, pulling together about $6,000. Rizor's supporters point to the outpouring as an indication of community outrage. They said his near-death experience could have happened to anyone. Police and county prosecutors said they lack reliable witnesses and are unable to bring any charges. Despite the known identities of some of the young people involved (who are still at large), they said it's essentially his word against theirs.

Rizor came home that night about 8:30 p.m., and found a group of young men in his home he believes there were five, though he only saw two. Ranging in age from about 17 to 20, they were partying with Rizor's then 14-year-old daughter. Alcohol may have been consumed by the teens, and police said Rizor reported he had visited Atascadero's Club Soda bar that night himself. But as Rizor tried to get the teens to leave his home, there's no doubt there was a violent altercation.

As the situation escalated, there was yelling and profanities. Rizor claims he was savagely attacked, beaten with a hammer and a shovel, robbed of his wallet, and left to die as the teens and his daughter left the scene by car. Neighbors said he was kicked and mocked while down on the pavement.

"I did have knots in my head from when they were kicking me," Rizor said. "I think that's when they took my wallet."

Rizor was rushed to the hospital, and spent at least three days in emergency care. Aside from bruises, a black eye, knots on his head, and general trauma, the blows caused serious brain damage. He spent another two weeks at a friend's home, which he said "seemed like a couple of days." Doctors later diagnosed Rizor with speech and cognition difficulties, anxiety, blurred vision, and motor-control issues. He also lost all sense of taste and smell, along with his appetite.

He also lost his job, and as sick-time and vacation pay were exhausted, with disability benefits not yet acquired, he feared he would lose his home. Worse still, he said he feels he may have lost control of a young daughter, whom he said he truly loves and cares for.

"She's really smart, creative, and good in art and writing stories. She's really caring. She has a good heart."

Since the incident, father and daughter have been separated her mother doesn't live in the home. Other troubles soon followed: someone tried to steal his Jeep Wrangler in April (they got only a quarter-mile from his home before it broke down). And, after the benefit, his home was rifled through.Both incidents were reported, but there have been no charges by police.

"I'm very put out at how they (the APD) haven't followed up on anything," said Rizor.

But Lt. Jim Mulhall, Atascadero Police's Public Information Officer, said this may be an uninformed view. Two patrol sergeants, a detective sergeant, four regular officers, a crime-scene investigator, and another detective looked into what happened and conducted numerous interviews with everyone present for about a week following the event. The case was presented to the District Attorney's office, but was rejected for prosecution on Feb. 23 by Deputy District Attorney Sandra L. Mitchell, for lack of evidence, Mulhall said.

Rizor and his daughter were both interviewed, as were the teens at the scene, Mulhall said. But versions of events differed some of the suspects said Rizor attacked them first, or provided the alcohol, or simply went berserk, and they were only defending themselves. Mulhall said there was no indication that Rizor's brain damage was caused by a blow with a hammer forensic review found no blood on the hammer found at the scene. The case was formally closed by Atascadero police in December.

"Obviously with a criminal investigation, a lot of information can't be released," said Mulhall. "The public needs to understand that we take any incident like this seriously. A lot of those individuals present really didn't see anything. But we felt we had enough evidence to submit this for a legal opinion from the D.A."

"We've exhausted all means," Mulhall said. "Unless someone comes forward with new information, we have no further plans."

Attorneys have advised Rizor that a civil suit or other action would probably not be successful, and he is now seeking support through a victim's advocacy program. But his home is no longer in danger because of missed mortgage payments, he said, and medical rehabilitation continues.

"I think I'm ready to go back to work," Rizor said. "I'm just really anxious about my daughter."

Freelance writer Julian Phillips can be contacted at julian@tcsn.net.