Low-power TV could get lost in digital transition 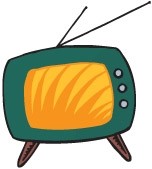 For months leading up to the switch, the Federal Communications Commission has waged a national campaign to educate people who have bunny-ear and antenna-fed TVs about how to get more than static after the switch. First step: Buy a converter box that will enable analog TVs to decipher the new digital signal format.

Low-power stations, however, are allowed to continue pumping out analog signals. So while converter boxes will allow analog sets to receive digital signals, they also block the low-power analog stations.

The digital switch is confusing to many owners of analog televisions, and some low-power broadcasters are worried they’ll lose viewers because of it.

In fact, she said, “It’s a bold-faced lie, and we’re trying to counter that.”

The association tried in federal court to block he converter boxes in March 2008. That was when only a few boxes had an analog “pass-through” feature; there are now more than a hundred models of those boxes available.

Just as it sounds, the pass-through feature allows analog signals to slip through the digital converter box. According to the Community Broadcasters Association, the education efforts about pass-through boxes haven’t been enough to protect their market.

So what is low-power TV?

Basically, low-power stations are indistinguishable from other stations. They tend to be locally focused, or cater to such niche content as religious and Spanish-language programs.

One local broadcaster, channel 36, based in Paso Robles, will continue to broadcast in analog format. The channel broadcasts the Hispanic Christian Community Network from four towers on the Central Coast. President Cesar Guel said he just can’t afford the switch now. Since he’s not required to switch, the station will remain analog.

“Unfortunately there’s nothing we can do,” Guel said. He added that going digital would cost him about $50,000 per broadcast tower.

Viewers who want to continue receiving Guel's broadcasts have to use the right converter box with a pass-through.

San Luis Obispo’s low-power stations generally pick up signals from parent companies in other areas, which are also low power. For example, channel 44, or KFUL-LP, broadcasts the signal from KJLA, which is Los Angeles-based LATV. LATV is an alternative station for the Latino population in central Los Angeles distributed to about 20 other low-power broadcasters around the country.

KJLA’s general manager, Francis Wilkinson, said the station will soon be going digital. The move isn’t mandatory, but it’s becoming almost necessary, even if some people aren’t ready to make the transition yet.

KJLA, like other low-power broadcasters, has been effectively forced into the digital age. Yet, like Guel, not all station owners have the luxury to go digital.

“We basically had to be in the back of the bus, and now it’s our turn to come forward,” he said.

Almost certainly all TV will soon be digital, even if low-power stations don’t have to make the transition as must all full-power broadcasters.

“It’s kind of a gray area for low powers, so it’s an unfolding story,” Wilkinson said.

Although TV broadcasts will include both digital and analog transmissions even after the switch, information to the public is still muddled.

Even a federal coupon program to help people buy a converter box has run into problems. The FCC did offer $40 coupons, but they ran out. Coupon applications are now met with the message: “At this time program funding is not currently available to fulfill your request.”

According to the FCC, about 50 million people have applied for a coupon, 27 million of them were approved, and only 21 million people actually redeemed one. The coupon program was originally backed with $1.34 billion from the FCC.

Even a year after Congress started preparing people for the switch and providing coupons, many still aren’t ready. The Nielsen Company estimated that 13 million households wouldn't be prepared come the initial Feb. 17 deadline. After an initial block, Congress approved a bill to delay the switch until June 12. As of press time, President Barack Obama had not yet signed the bill. ∆

Staff writer Colin Rigley can be reached, even without a converter box, at crigley@newtimesslo.com.