'A Gentleman's Guide to Love and Murder' at PCPA takes on romance, ambition

PCPA's rendition of A Gentleman's Guide to Love and Murder moves to the Solvang Festival Theatre from June 13 to 30. Visit pcpa.org for more information.

Who says you can't have it all? Now simply add in a spree of murders, a torrid love triangle, and a generous dash of British accents (and of course a splash or two of song and dance), and Robert L. Freedman's Broadway story about a white dude failing upward just got a lot more interesting. 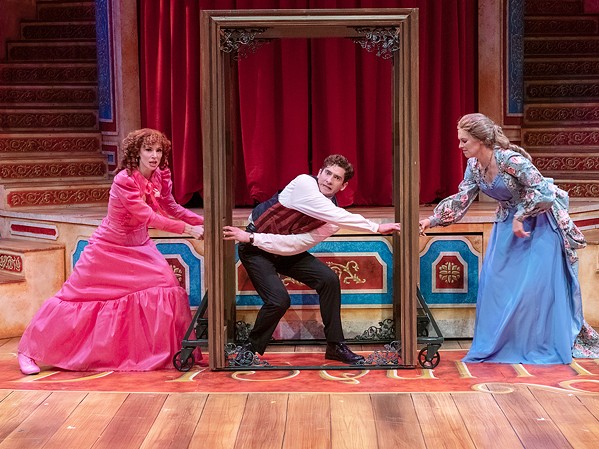 The Pacific Conservatory Theatre's (PCPA) rendition of the acclaimed Tony Award-winning musical, A Gentleman's Guide to Love and Murder, entertained and intrigued audiences one hit at a time as it closed its run of performances at Santa Maria's Marian Theatre the weekend of May 10. But never fear! The show is moving to Solvang's Festival Theatre from June 13 to 30 to kick off the summer season. After all, what says summertime like outdoor theatre with a little side of murder?

After the untimely death of his dear mother, Monty Navarro (Jeff Salsbury, SLO Rep's Doubt) finds out he's eighth in line to become the Earl of Highhurst Castle. Upon learning that his late mother was disinherited over marrying his father years ago, Monty becomes incensed. He sets off down a dark path to "remove" those D'Ysquith family relations who are standing in the way to his inheritance.

The conceit of the show is that every single D'Ysquith family relation is played by just one actor, so audiences get to literally see the same person die over and over again. Normally, actor Andrew Philpot tackles this challenge for PCPA with great aplomb, I'm told, but alas this particular weekend he was sick, so understudy Robert Kiner valiantly took on the task of graciously being killed multiple times in one night. 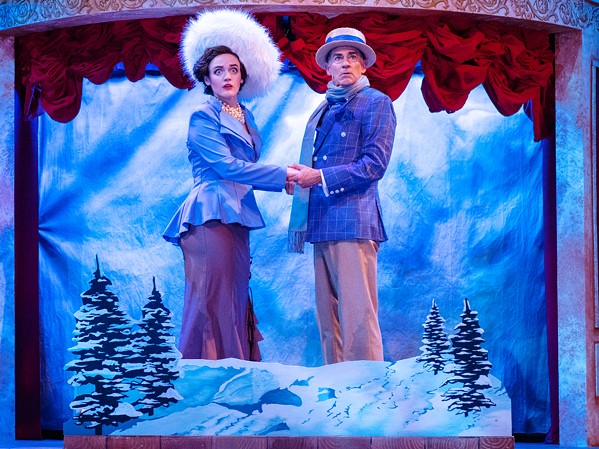 Salsbury as Monty begins as a wide-eyed young man seeking justice for his mother and heartbroken over his love, Sibella Halward (Emily Trask), getting married to another man. But before long, he is transformed into a cold, calculating killer looking over his shoulder, scheming to marry his distant, albeit lovely, cousin, Phoebe D'Ysquith (Skye Privat).

Meanwhile, whether he's a closeted beekeeper exposed to just one too many bees, a womanizer who happened to skate on a patch of ice that was clearly too thin, or a man just the right age for a heart attack, Kiner dies hilariously and slowly each time, leaving audience members thinking to themselves, "Well, he had it coming." Δ

Arts Writer Ryah Cooley is at least 100 people away from the throne. Contact her at rcooley@newtimesslo.com.