A Journey into the Black and White show highlights the 805

The A Journey into the Black and White art exhibit will show at Studios on the Park in Paso Robles through May 26. Visit studiosonthepark.org and 805beer.com for more information.

The kneecap was busted. It would be months before local surf rat Colin Nearman, then just 21 years old, could get back in the water.

"I went stir crazy," Nearman told New Times. "I figured grabbing a camera was the best thing to do."

While Nearman, who grew up in Grover Beach and Pismo Beach, has been back in the water for years, the camera still remains a constant companion. His work can be seen in publications like Surfer and Outside magazines, and he often takes to the local waters of Cayucos and Big Sur for inspiration. 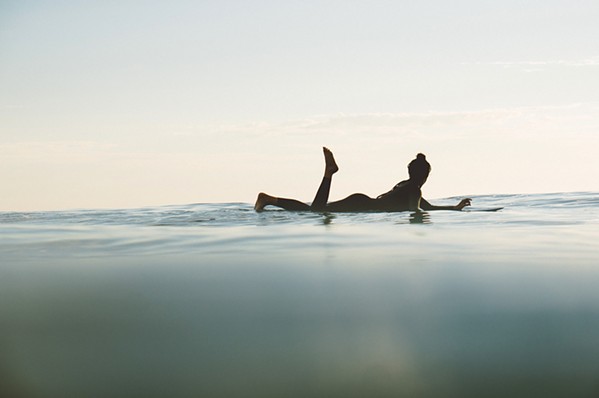 "I wasn't some super artsy, talented kid," the Shell Beach resident said. "But photography was brought to me through surfing. Photography allowed me to meet people and have conversations about the sacredness of [surfing]."

Nearman's work, along with that of other photographers besotted with the Central Coast, is currently on display as part of Studios on the Park in Paso Robles' A Journey into the Black and White exhibit, which is sponsored by Firestone Brewing Company's 805 (the famous blonde has its own website and organization, who knew?). The show aims to share "the lifestyle and ethos of the people from California's Central Coast, who are free-spirited and rooted in rugged individualism."

While it's always fun to catch that surfer shredding a gnarly wave, that isn't all Nearman is interested in as a surf photographer.

"Just simplicity and catching moments that would otherwise go unnoticed," Nearman said, "like paddling shots, silhouette shots in the evening in the water. When you're in the ocean at the end of the day, it's such a satisfying feeling. I think people relate to that." 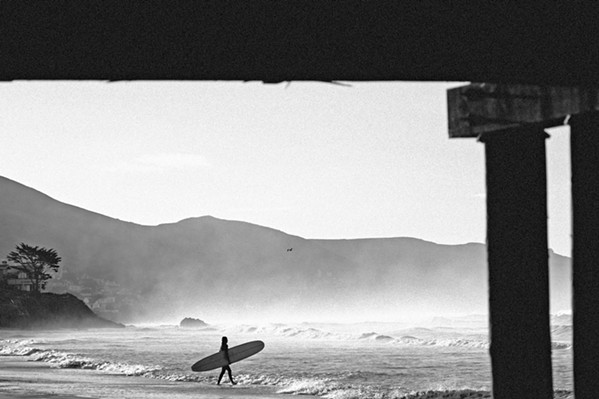 While Nearman does travel extensively for his surf photography, something always brings him back to the Central Coast.

"Home is where we live and the openness and the freedom we have to roam around," Nearman said. "Everything is so open, and it's so easy to find time to appreciate the land around us." Δ

Arts Writer Ryah Cooley still has an 805 cellphone number. Pry it from her cold, dead hands at rcooley@newtimesslo.com.