A once unattainable dream has become a reality in Paso Robles wine country thanks to an approval from the Paso Robles Planning Commission and City Council, which greenlit a 3,300-seat outdoor amphitheater at Vina Robles Hospitality Center on Mill Road. 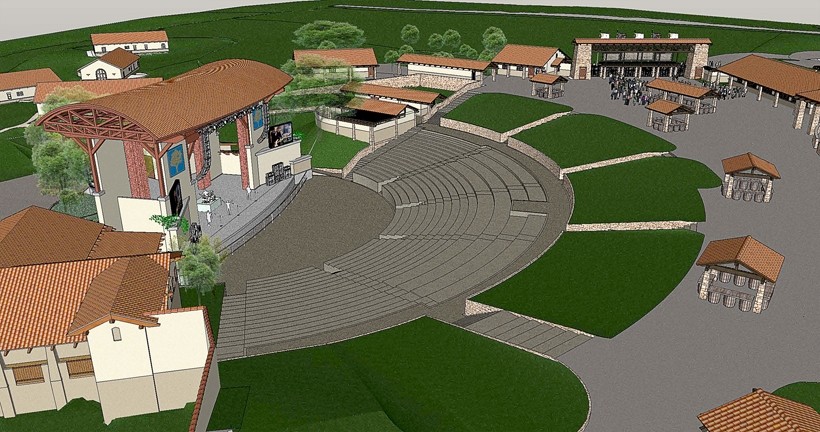 The upscale venue, scheduled to break ground in spring of 2012 and open in May 2013, promises to be the premier venue between the Santa Barbara County Bowl and various Bay Area locales.

“I’m thrilled,” said Project Manager Tim Reed. “I first started working on the idea of an outdoor concert venue in 1993.”

Reed, who worked for Bill Graham Presents as a project manager, where he oversaw the construction of three of their venues before becoming general manager of the Shoreline Amphitheater in Mountain View, attended Cal Poly and worked tirelessly trying to develop the old Camp San Luis amphitheater that currently sits on Cuesta College property.

Because the college trustees wouldn’t allow sales of beer and wine in the proposed venue, it never moved beyond the talking stages. Reed attempted to develop other areas in the county, but never managed to get very far.

“We’re approved for 50 concerts a year with a midnight curfew,” Reed noted, “which is unheard of in our county. This is just a great idea, long overdue. We’ve needed a professional outdoor venue, a place to create a safe venue for concertgoers, for years. Add to that the economic benefits and the job creation, and this is a win-win.”

Set up like the Santa Barbara County Bowl, but with 1,200 fewer seats and not surrounded by residential homes, the venue promises to offer a combination of tiered seating, fixed seats, and VIP boxes, as well as a lawn area where general admission seating will guarantee a variety of ticket pricing options for concert-goers.

“Every seat will offer a great view,” Reed said, “and even those at the back of the lawn will only be about 200 feet from the performers. You’ll be able to see the sweat on their brows.”