“How did distant regions of the world become more interconnected through medieval and early modern times?

“What were the multiple ways peoples of different cultures interacted at sites of encounter? What were the effects of their interactions?”

He’s not expecting an answer to them, thankfully, but rather, Robinett is pointing out how the questions demonstrate the differences between new and old curriculum standards.

“An old standard probably would have something to do with, ‘What happened during this time period and when?’” Robinett said. “The line of inquiry that we want the students to be doing today is a lot more open-ended.”

On July 14, the California Board of Education voted to adopt a comprehensive makeover of the state’s kindergarten through 12th grade history-social science curriculum. The revision was long overdue, with the standards last updated in 2005.

The new curriculum—which the state is calling a “framework” for now—signifies a shift away from students memorizing facts and dates and toward a more open-ended, analytical, and multi-perspective approach to learning about the past.

“It’s a curriculum about thinking,” Robinett said. “There’s a lot of focus on alternative points of view to understand history, with the use of primary sources, research, evidence, and historical interpretations. It’s a national trend.”

While some of the revisions to the curriculum are in line with national trends and federal Common Core standards, other changes are more groundbreaking.

California is now the first state in the U.S. to write lesbian, gay, bisexual, and transgender (LGBT) history into public school curriculum.

LGBT history will be threaded into a variety of places along the arc of the K through 12 education. Second graders will learn about diverse family backgrounds that include gay and lesbian parents. Fourth grade California history will include the gay rights movements of the 1950s and 1970s, the election of Harvey Milk as California’s first openly gay public official, and the legalization of gay marriage in the 2000s. In 11th grade, students will talk about the significant events in the gay rights struggle, such as the 1969 Stonewall Riots in New York City. 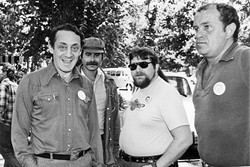 In general, the new framework calls for more diverse perspectives. Students will be exposed to the stories of people, ethnicities, movements, injustices, and atrocities that were often left on the margins or absent from past frameworks and textbooks.

“This is a big win for our students,” Tom Torlakson, the state superintendent of public instruction, announced in a press release on July 14. “This framework helps our students learn about the diversity of our state and the contributions of people and groups who may not have received the appropriate recognition in the past.”

Topics that are more emphasized in the curriculum include the history of Americans with disabilities, Mexican history, Latino-American history, genocides, discrimination faced by Sikh Americans, and new World War II content like the Bataan Death March.

Other important additions to the framework are more lessons in financial literacy and voter education.

While history textbooks will need a few years to catch up and incorporate the changes, Robinett and teachers in the SLCUSD say they are ready to implement elements of the framework for the upcoming school year.

Many middle school and high school teachers, especially, already had the curriculum on their radars.

“They are excited about the curriculum. They are probably reading the stuff this summer,” Robinett said. “They’ll start incorporating things much sooner.”

Elementary school teachers who teach multiple subjects may take a year to implement the revisions compared to middle school and high school teachers.

“It will take some time to digest and incorporate,” Robinett said. “It’s kind of like changing the tires on the bus while it’s moving. What we’ll be doing within our instructional services department is unpacking the differences [between the old and new curriculum].”

Kate Stephens, a world history teacher at SLO High School and head of the social science department, told New Times that her department is ready to implement many of the curriculum changes for this year. She’s met with her department recently to go over the revisions.

“Thankfully, a lot of people have already been making sure they’re paying attention to a lot of stories in history, and not just a few,” Stephens said. “I’m glad it’s being put into education lingo and put out there for everyone to abide by.”

Stephens lauded SLO High for its already vibrant LGBT community, but said that bringing LGBT history into the standardized curriculum should strengthen it.

“I find that as students identify with what they’re learning, it becomes more relevant and it makes them feel more connected to it,” she said. “That helps them take that knowledge and extend it beyond the classroom.”

The curriculum revision process was highly scrutinized by the public. The state Department of Education said it received unprecedented levels of public input: More than 10,000 email comments were submitted during a two-month review period last winter.

Some of the concerns expressed were about the inclusion of LBGT history. After the framework’s adoption, activist groups have publicly criticized the state for taking a favorable stance toward the LGBT community. Others worry about their second graders getting introduced to a concept like homosexuality.

Robinett believes it’s the right thing to do.

“We have students who come to school whose family background is exactly what we’re talking about,” he said. “Why wouldn’t we talk about a two-mom family when we know we have children in our schools where that is their background? It doesn’t make sense.”

The district hasn’t received much feedback from parents yet, but Robinett said his staff is prepared to “field phone calls.”

“It’s all so much better than old, standard stuff,” he said.

Staff Writer Peter Johnson forgot what happened in medieval times. You can remind him at pjohnson@newtimesslo.com.