A new year means new rules for the road 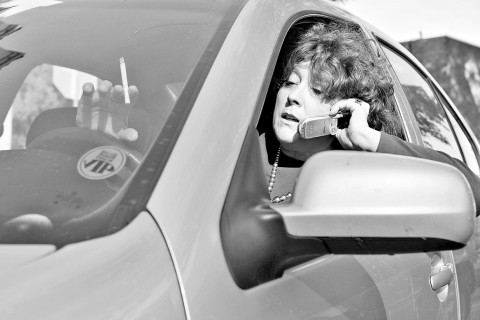 # The new year has brought new laws, particularly from the Department of Motor Vehicles.

The most anticipated law, SB 1613--due to take effect July 1, 2008--prohibits drivers from using wireless telephones without a hands-free device while driving. In addition, motorists under the age of 18 won't be allowed to use a cell phone even with a hands-free device.

The following is a summary of some new laws that will take effect Jan. 1, 2008.

Bicycle safety: A person operating a bicycle during darkness is required to utilize illumination devices upon a highway, a sidewalk, or a bikeway.

License plate coating: The use of a product that would impair the reading or recognition of a license plate by an electric device is prohibited.

Minor passengers smoking ban: This law prohibits anyone from smoking in a vehicle where minors are present, regardless if the vehicle is in motion or at rest.

In non-DMV news, one of the biggest new laws to take effect with the new year is a hike in the state's minimum wage. It's up 50 cents, to $8 per hour, which ties California for the second-highest in the nation.