A single cell: 'The Immortal Life of Henrietta Lacks' brings her family to Cuesta

Growing up, Kim Lacks didn’t even know what kind of cancer killed her grandmother, Henrietta Lacks. Her family just didn’t talk about it.

It wasn’t until 20 years after Henrietta’s death that Kim, and the rest of the world, learned the whole story.

For years, the scientific community had known Henrietta—an African-American woman who was a mother, wife, and a worker on a tobacco farm—as HeLa. By 1954, just three years after her death, Henrietta’s cells were being used to create a vaccine for polio. They’ve also been used to study cancer and develop in vitro fertilization. To date, scientists have grown about 20 tons of her cells, and almost 11,000 patents exist involving HeLa cells.

While the family initially found out by accident, through a friend who happened to be studying HeLa cells at college, Kim didn’t get the full story until Rebecca Skloot’s book, The Immortal Life of Henrietta Lacks, came out in 2010.

“I get chill bumps even now to know that my grandmother is the reason so many people are alive or have babies,” Kim, a banking representative in Baltimore, said. “It’s more than pride. It’s really unexplainable, the feeling you get.” 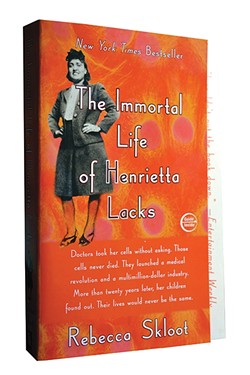 Kim, along with her cousin Alfred J. Carter Jr., will speak about Henrietta at Cuesta College’s Cultural and Performing Arts Center on April 12. Skloot’s book was chosen as Cuesta’s 2017 Book of The Year.

When Kim’s grandmother was treated for cervical cancer at Johns Hopkins Hospital in Baltimore, doctors took some of her cells (then thought of as medical waste) without her permission or knowledge. While other cells taken in this fashion quickly died, Henrietta’s lived and multiplied. Scientists also used Henrietta’s husband and children in research after her death without informed consent. And while HeLa cells have launched a multimillion-dollar industry, many of Henrietta’s descendants have struggled to survive financially or even obtain health insurance. The book is quick to point out that Henrietta’s consent to take and use her cells was deemed unnecessary, in part because she was a poor woman of color.

Still, while Kim has gone through a range of feelings about her grandmother’s story, she tries not to dwell on the negative aspects. 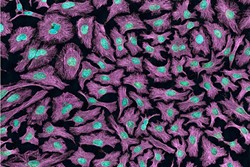 “My grandma was just another patient they took tissues from,” Kim said. “At first I felt like, ‘This is wrong. How could they have done this?’ But I’ve learned to look at the positive that comes from it.”

Carina Love, chair of the Book of the Year committee, said The Immortal Life of Henrietta Lacks was chosen because it’s highly readable and still relevant today.

“It continues to bring up important issues about the medical field and health care,” Love said.

Above all, Kim hopes that her grandmother’s story inspires others, particularly those going into health care.

“I hope that if you go into the medical field and that passion you initially had … try to keep that passion,” Kim said.

Still even today, Kim runs into people who don’t know about her grandmother’s story. She hopes speaking out about Henrietta’s legacy will change that.

“Rosa Parks, Harriet Tubman … when you hear those names, she [Henrietta Lacks] should be among them,” Kim said.

Ryah Cooley is reading away at rcooley@newtimesslo.com.