A temple made of words

I came to poetry as a monk to his temple,” writes Sam Hamill. 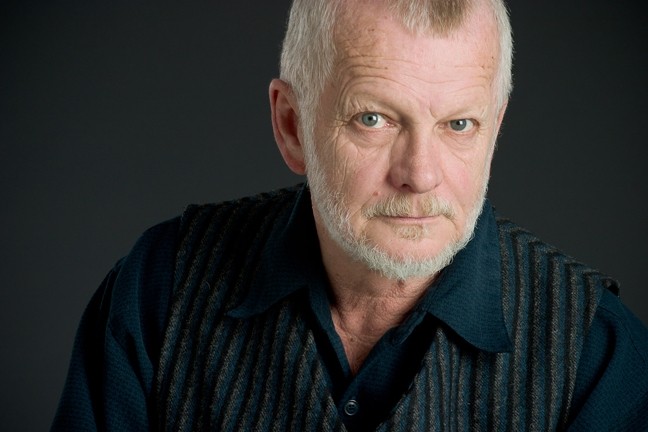 The poet, peace activist, translator, and founder of Denver’s Copper Canyon Press seemed to consciously reject pat answers in a recent e-mail interview with New Times. Before responding, Hamill appeared to turn a question over several times in his mind, answering several of them merely by pointing out their unanswerability.

“If you had to identify your best or most powerful poems, which would they be?” I asked.

Hamill’s style, influenced by the likes of Ezra Pound and William Carlos Williams, also echoes his philosophical influences (he’s as much a follower of Camus as Confucius). Hamill’s study of Chinese and Japanese poetry, which began with a stint in Asia while serving in the Marine Corps, has been a major part of his life ever since. Hamill, 72, has led a fascinating life thus far—his interest in poetry helped him overcome a troubled youth, complete with violence, crime, and even jail time—and he looks back in his poetry with the knowing gaze of a wise elder:

Even the stories/ are sweeter for the young—who/ drink too deeply/ often enough and wander/ in a semi-drunken state/ of equal parts bliss/ and all seven deadly sins, he writes in “Sisyphus,” concluding, nonetheless, that I wouldn’t be young again/ for any damned thing.

Hamill is one of the featured poets of the 29th annual San Luis Obispo Poetry Festival, which runs Nov. 3 to 18. He may be best known for turning down an invitation from former First Lady Laura Bush to attend a White House poetry symposium in 2003, honoring Langston Hughes, Emily Dickinson and Walt Whitman. In protest of the war in Iraq, Hamill not only declined the offer, but launched the website poetsagainstthewar.org, an online anthology of poems of protest. After amassing approximately 20,000 poems, Hamill edited and printed a selection of the poems in the 2003 book Poets Against the War. (The symposium, by the way, was cancelled.)

Almost a decade later, Hamill remains proud of the movement he began, which saw thousands of poets come together against the war.

“Many poets (many people) felt silenced by the Bush war criminals,” he writes. “And what’s even more galling, to have Mrs. Bush try to co-opt Whitman, Langston Hughes and Dickinson was appalling. Whitman and Hughes were gay. Dickinson may have been. You know what Republicans say about that. The FBI dogged Langston for 25 years because he was a hair left of our right-wing ‘center.’ Whitman once called the White House ‘our national cesspool.’ And Mrs. Bush called the program ‘The American Voice,’ as if our poetries were a single voice. We are a poly-cultural society.”

Hamill, who will be giving a reading Friday, Nov. 16, at Cal Poly’s Phillips Recital Hall, is one of many disparate American voices to participate in this year’s SLO Poetry Festival. Chief among them is Jerry Douglas Smith, 2012-2013 San Luis Obispo Poet Laureate, who reads Friday, Nov. 9, at the San Luis Obispo Museum of Art.

The voice of Los Angeles poet Gabriel Spera, who reads Sunday, Nov. 18, at Linnaea’s Café, is one that vacillates between the structured, potent introspection of “Apricots” (There was a time I could rejoice/ in rot. It’s too familiar now.) and the narrative freeform poetry of The Aerialist, a poem about tightrope artist Philippe Petit’s legendary walk between the Twin Towers: Do they want him to succeed, he can’t help wonder./ hoping to take part in his literal transcendence? Or are they all hoping/ secretly he’ll fail, so they can go back to their own pedestrian lives, secretly/ convinced that none fall farther and harder than those who’ve convinced/ themselves they’re above it all?

Los Osos artist and poet Michael Hannon, who reads Saturday, Nov. 10, at the San Luis Obispo Museum of Art, has a gift for brevity. Many of his poems are just two or three lines, such as the poignant “First Morning of the New Year:” Sleepy nurses smile over the infant in a glass box. / They have saved it for its future.  // The world looks in, shy and cruel.

Hannon’s “Letter Poem” is uniquely resonant, evoking the struggle to bend words to one’s will.

I remember the moon and its woman / the axe and its fear, / the drink and its beautiful lie, he writes. It’s magnificent, but a few lines later, he’s begging the muse again, elegantly summing up the poet’s Sisyphean struggle: But as sometimes happens,/  the muse seems to say,/  This far and no farther.  // What is one to do?  // The ear listens for a lifetime,/  but it’s the heart that hears / what can’t be said.

Arts Editor Anna Weltner is drunk on language. Contact her at aweltner@newtimesslo.com.