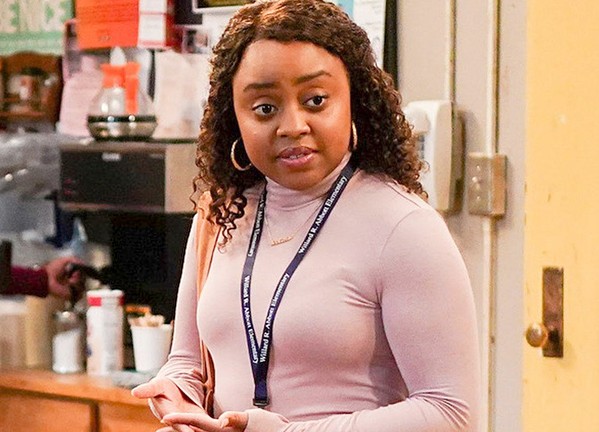 Creator Quinta Brunson stars in the mockumentary TV series Abbott Elementary—starting its second season on March 22—that follows the challenges of budget-strapped inner city elementary school in Philadelphia. Set up like The Office (2005-2013), an unseen documentary camera crew follows the dedicated teachers and challenged students of one of the worst schools in the nation as they try to make the best of things.

It's hilarious watching earnest newcomer Janine (Brunson) as she learns the ropes and does whatever she can to secure much needed classroom supplies. She looks to veteran teacher Barbara Howard (Sheryl Lee Ralph) for mentorship while staying out of the way of feisty Philly native and teacher Melissa Schemmenti (Lisa Ann Walter) and trying to work around tone-deaf principal Ava Coleman (Janelle James).

The brief 22-minute episodes cover cafeteria problems and school vegetable gardens, new technology that's supposed to help teachers but makes things worse, and "gifted" student programs that divide the school body. It's the perfect setup to break the fourth wall as the characters react to the camera crew behind the backs of other characters. Totally bingeable! (nine 22-min. episodes) Δ