Requests for records piling up in Atascadero

Atascaderoâ€™s city staff regularly fails to provide timely access to public documents as required by Californiaâ€™s Public Records Actâ€”particularly, it appears, those records requested by opponents of Wal-Mart and some members of the news media. 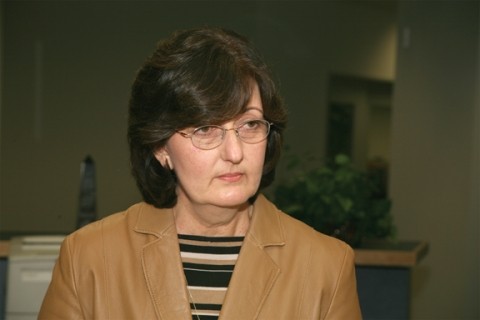 # However, it seems that contractors and others interested in construction records are often provided immediate access to records. â€œExisting planning department files are available upon request, depending on the availability of staff,â€? said Atascadero City Clerk Marcia Torgerson.

Torgerson added that the city is not required to have any records available immediately, and that city staffing policy and the staffâ€™s lack of knowledge concerning what records are open to the public often make it impossible to provide records for inspection.

But opponents of Wal-Mart, including local activist David Broadwater and Oppose Wal-Mart member Cindy Sasur, have accused the city of stonewalling in violation of the law.

â€œRegardless of whether they have someone on hand, they are required to comply with the law and ignorance is not an excuse,â€? Broadwater said. â€œThey have thrown up numerous obstacles when I tried to inspect records that they are required by law to allow me to inspect.â€?

Both Sasur and Broadwater said they asked for an audio copy of Atascaderoâ€™s May 30 special council meeting, where opponents of a proposed Wal-Mart spoke out against the possibility of a superstore in their backyard.
â€œThe city said, â€˜The machine broke and the tape was blank,â€™â€? Sasur said. â€œI also tried to get a copy of the June 13 council meeting tape, but it is not available yet. When I ask the city for records they tell me they have up to 10 days and that I need to fill out a public records request form.â€?

In most cases, under the law, public records requests are to be responded to immediately, said James Ewart, a California Newspaper Publishers Association (CNPA) attorney who specializes in media law.

Even city council members sometimes find it difficult to obtain records on a timely basis from city staff. Atascadero City Councilman George Luna instructed staff in February to provide the council with a copy of the housing report that would, among other things, detail the cityâ€™s progress on affordable housing. Community Development Director Warren Frace told the council that the annual report would be available in March. But it took staff four monthsâ€”more than 10 times longer than whatâ€™s allowed by lawâ€”before finally complying with numerous requests to provide the record to the city council.

Using the authority of the California Public Records Act, New Times asked to view the employment contracts of the city manager and assistant city manager. The desk clerk said a form had to be filled out before any documents could be viewed. The clerk left the counter and returned with Administrative Assistant Shannon Simms, who said, â€œThere are no open records that can be viewed upon request. The only person authorized to give out records is Marcia Torgerson, and she is not available.â€?

CNPA attorney Ewart does not agree. â€œThe city needs to identify a custodian to comply with records requests when the city clerk is unavailable. They cannot use an excuse that only one person can process requests. If the custodian of records is unavailable, someone must be available.

â€œThey cannot require a public records action [such as requiring a form to be submitted] that is more limiting than that stated in the California Public Records Act,â€? Ewart added. â€œThey must recognize verbal as well as written requests.â€?

In response Torgerson said the form is not required and is only for the convenience of city staff.

â€œI donâ€™t agree that any records have to be available immediately. I think it is unfair to let the media view documents on request when I have a stack of requests waiting on my desk. All of our employees have other jobs and it doesnâ€™t make sense to have someone assigned to hand out records. What if no one comes in for a month?â€? she said.

According to California Code 6250-6268, when a citizen requests a public recordâ€”such as city budgets and campaign contributionsâ€”staff â€œshall make the records promptly available to any person.â€?

â€œThe city needs to have a records clerk that is available to provide records requests at all times, like Paso Robles has,â€? Sasur said. â€œWhenever I ask for records, Atascadero city staff tells me that Marcia Torgerson will have to provide the records.â€?

Paso Robles has a fulltime employee responsible for processing record requests. â€œThere is always someone available to provide records,â€? said Paso Robles Deputy City Clerk Debra Robinson. â€œThere is a back-up system. In my absence, there is another sworn-in deputy clerk available.â€?

Torgerson receives approximately $200 a month as the elected city clerk, a job she does in addition to her main employment as administrative assistant to the city manager. She is often in meetings and unable to process records requests. The city does not have any employee assigned to hand out records on a fulltime basis.

When New Times asked to inspect Atascaderoâ€™s city budget and expenditures, Torgerson responded, â€œYou can ask me 100 times and I will tell you 100 times that we do not have to ever respond immediately to records requests. I have an attorney telling me what to do and I am not doing something that our attorney tells me not to do.â€?

Atascadero City Attorney Patrick Enright has not responded to numerous requests to comment for this article. âˆ†

Karen Velie may be reached at kvelie@newtimesslo.com.