Accomplished pianist and conductor Jeffrey Kahane performs at the PAC

When he was still an ankle biter, around the age of 4 or 5 years old, Jeffrey Kahane began playing the piano. His parents had bought one for his older brother, but it was Jeffrey who went on to become the internationally renowned classical pianist and conductor he is today.

“I just think, like most people who become professional musicians, you love it from the beginning,” Kahane told New Times over the phone. 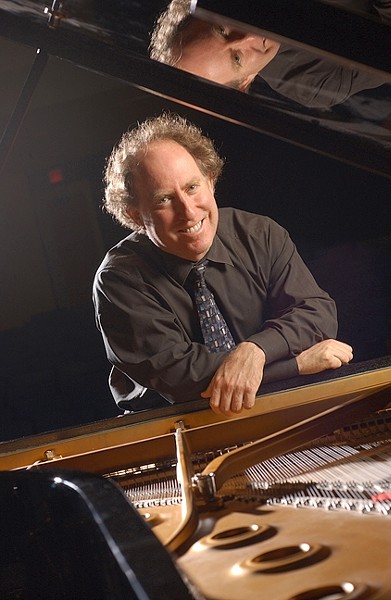 He grew up surrounded by music and a supportive family in Los Angeles in the mid-1950s.

“My family were not musicians,” he explained, “but they were music lovers.”

When he was 3, his parents took him to see the legendary pianist Arthur Rubinstein. From then on, Kahane never looked back. By the time he was in high school, he’d already been mentored by the accomplished, Polish-born pianist Jakob Gimpel and accepted into the prestigious San Francisco Conservatory of Music. Around the same time, he picked up the guitar and keyboard, expanding his musical repertoire with folk, rock, and jazz. In 1981, while still in his early 20s, he placed fourth at the Van Cliburn International Piano Competition, an esteemed contest that’s only held every four years. Two years later, Kahane came full circle, playing an Arthur Rubinstein Tribute Concert at his Carnegie Hall debut.

“I never lost interest,” he said. “That’s usually the way it is for those who choose music as a life.”

In the late ’80s, Kahane shifted more and more toward conducting. And in 1992, he became an associate conductor for the Mozart Festival here on the Central Coast. It was at this event, now known as Festival Mozaic (celebrating its 45th anniversary this summer), that Kahane really cut his teeth in conducting.

“The Mozart Festival was a very important part of my musical life for a time,” he said. “I have many wonderful memories. It was one of the first places I conducted, and I had many very important early experiences in my career there. … Conducting is very much a physical activity, and you work with extraordinary musicians. When you do something, conducting is about learning what to do as much as what not to do.”

After nearly 15 years, Kahane will be returning to the Central Coast for a performance titled the Magic of Mozart where he will not only be performing three complex pieces on the piano—Mozart’s “Piano Concerto No. 20 in d minor,” Prokofiev’s Suite from Lieutenant Kijé, and Silvestre Revueltas’ symphonic poem, Janitizio—he will also be conducting the San Luis Obispo Symphony from behind the ivory keys.

“I think one of the things that makes Mozart so absolutely enduringly popular is he’s a composer whose music is so much about all the different aspects of the human condition. He’s very true, very full of every imaginable kind of expression,” Kahane noted. “Conducting Mozart from the piano is one of the things I love to do best. Orchestras in particular really love it. It changes it for them. It’s much more collaborative.”

Kahane is used to collaboration. Over the course of his career, he’s worked with Yo-Yo Ma, Joshua Bell, and the New York Philharmonic Orchestra, and he’s currently the music director of the Los Angeles Chamber Orchestra. But more than collaboration, the ability to both play and preside over an orchestra requires a very specific set of skills—qualities that don’t always overlap, according to Kahane.

“They’re two very different activities,” he explained. “They demand different mental and physical skills. Conducting uses the body, but it’s a much more purely mental process, studying the scores and analyzing the scores. With playing the piano, you’re really dealing with fine motor skills that have been kept in shape with rigorous practice. … They’re both making music for a living, [though], and that is the most wonderful thing a person can do.”

It’s a rare talent, what Kahane has. Over the past 40-plus years, he’s mastered probably hundreds of scores, symphonies, and movements, from Grieg to Gershwin, with equal measures grace and precision. But he insists there’s still more to do and more to learn.

“There’s always more to discover,” he said. “With classical music, the very definition of a classic is something you can go back to time and time again.”

Arts Editor Jessica Peña can only play Vanessa Carlton’s “A Thousand Miles” on the piano. She is deeply sorry. You can contact her at jpena@newtimesslo.com.