As of December, Clark Guest said he'd officially been clean and sober for 19 years.

But just three days after marking that important milestone, Guest publicly addressed the San Luis Obispo County Board of Supervisors on behalf of those who are still trying to navigate the path out of addiction and into recovery, whom he feared may be hurt by a strike by county employees. 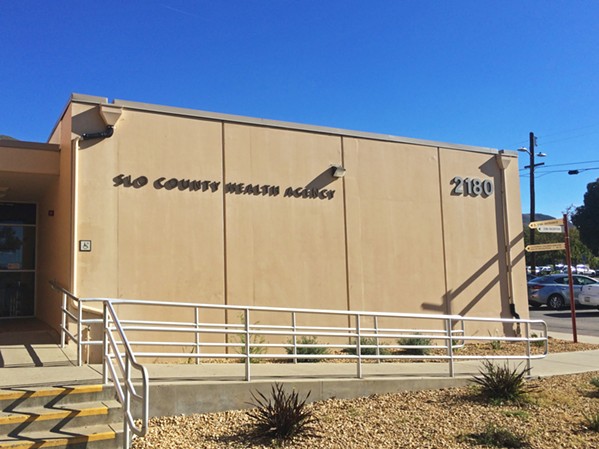 "I don't know what I would have done if there was a work stoppage while I was in early recovery," Guest told the board at a Dec. 4 meeting. "I am hearing and seeing pure fear and confusion from my brothers and sisters in recovery over the possibility of being shut out of treatment."

Guest is a drug and alcohol program supervisor for the county, but he told the board that he was representing "the voice of the recovery community, and nothing else" in his comments. Those comments came as the SLO County Employees' Association (SLOCEA), the county's largest employee union, was prepared to go on strike from Dec. 11 to 14 due to a dispute over the organization's 2018-19 contract. While the county and union agreed to maintain some public health and safety services during the strike, Guest said he was worried about the impact the work stoppage could have on individuals already facing the often difficult task of staying clean. He said that access to treatment, especially during the holiday season, was "a lifeline" for them.

"There's a large recovery community out there that is reeling at the thought of this work stoppage," he said. "My brothers and sisters are hurting."

Michelle Thomason, board president for nonprofit SLO County Recovery Support Network, said she had similar concerns. The organization helps raise awareness about addiction treatment and recovery, and also holds fundraisers and hosts events where individuals in recovery and their families can participate in drug- and alcohol-free activities. Thomason said that her organization had called off a celebratory "graduation" ceremony for individuals who recently completed treatment programs.

"It's really important to be recognized for staying clean and making it through treatment," she said. "It's a huge hit to people. ... So many people were disappointed."

Thomason also said that some recovery support groups and meetings could be shut down during the strike. Such meetings, she said, are critical to helping keep those in recovery from relapsing.

"We have to get through it," she said. "It's just three days, but I hope it doesn't ever happen again."

Of the union's 1,737 members, SLOCEA and the county agreed to allow 160 "essential employees" to continue working in order to protect public health and safety. According to documents from the county, that will include some clinicians, technicians, and administrative assistants in the SLO County Behavioral Health Department's Drug and Alcohol Services division, whose duties include providing medication-assisted treatment for individuals addicted to opiates and/or alcohol.

As of Dec. 12, signs posted at the SLO County Health Agency's building on Johnson Avenue stated that the office would remain open during the strike days, but that "some services" may not be available during that time.

"We are currently working with the Health Agency, the Behavioral Health Agency, and Public Health on what type of hours and impacts the strike might have," County Administrative Officer Wade Horton told supervisors on Dec. 4. "But the plan is to maintain critical health and safety services to the community during the strike."

According to a Dec. 7 memo from Horton, the county's drug clinics in SLO, Grover Beach, Paso Robles, and Atascadero will remain open but will operate on reduced hours. During the strike, no drug tests will occur, except for emergencies, and all groups and services scheduled after 5 p.m. will also be canceled if staff are not present by 11 a.m.

The disputes that led to the strike centered on pay raises for county workers. According to previous reporting by New Times, SLOCEA asked for a 3 percent cost of living pay increase, but the county, citing financial restraints, offered them 0.5 percent.

Guest wondered aloud if the county could be doing more to avoid the strike. No matter how things are resolved, he warned those at the supervisors meeting that the consequences for people in the recovery community could be dire.

"You're gambling with people's lives," he said. Δ

Staff Writer Chris McGuinness can be reached at  cmcguinness@newtimesslo.com.