After all, 55 Fiction is a contest!

How to 'win' this year's really, really short story competition

Julie spotted a fly and began to salivate. She hopped a bit closer to it, and—zap!—she snapped it up with her long tongue. After all, Julie is a frog. 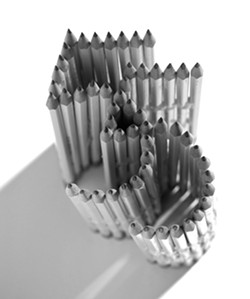 There are a number of formulas that writers of the world’s shortest stories have adopted over the years since New Times founder Steve Moss started the annual 55 Fiction contest in 1987. The above specimen is the common “human turns out to be an animal” variant of the classic “after all” formula. They’re enjoyable the first few times, but they start to lose their charm after about 100. So please, stop this behavior immediately.

Calling them “the world’s shortest stories of love and death,” Moss crafted the idea of the short story in fewer than 55 words, which has since inspired everyone from elementary school classes to inmates, from established writers to foreigners practicing their English. Last year, a guy in Shanghai got two entries published. Every year, submissions from around the country—and the world—stream in, to be pored over and evaluated by New Times writers. The best are printed in our annual 55 Fiction cover story. Unfortunately, for every stroke of brilliance, there’s a pile of tired old devices we’ve seen done far too many times, like the after-alls, and the it-was-all-a-dreams.

But if the kind of story we don’t like is clearly identifiable, the kind we adore can be harder to classify. The best ones can be beautiful, gross, unexpected, poignant, sweet, devilish, or absurd. My favorites always have a certain what-the-hell? factor. Take this winner from last year—Dan Stephens’ “Cadaver Clearinghouse Hotline”:

“You sent Yale Medical School the wrong cadaver. A student walked into the cadaver lab and there was his grandpa, laid open nuts-to-noggin.”

“Shit. He was supposed to go to Purdue. Sorry. How’s the kid?”

“Keep grandpa at Yale then?”

But the common thread running through every winner is also the first rule of 55 Fiction: it has to be a story, not a poem or a random thought. And it must be an original story, not a re-hashed version of an old joke. We define a “story” as a narrative with a setting, a character, a conflict, and a resolution. “Conflict” we define merely as something happening (a cadaver mishap, a medical student freaking out, a phone call). By “resolution,” we just mean an outcome (the student transferred, the characters on the phone decided to “keep grandpa at Yale”). There doesn’t need to be a moral, but something should be learned, either by the characters, the reader, or both.

Beside this first basic rule, there are several others that must be followed:

• No more than 55 words. You don’t have to force the story into 55 words exactly, but this word count is not to be exceeded.

A “word” counts as a word if it is found in the dictionary. Hyphenated words count as individual words. Acid-damaged poetry? Three words. Exceptions include words like re-open and re-start, in which the things connected by the hyphen are not both words in their own right.

• The title isn’t part of the 55-word count, but it may not exceed seven words.

• An initial is one word. J.R.R. Tolkien? Four words. However, acronyms like NASA or GOP count as one word.

• Punctuation is free. Help yourself to as much of it as you want. We won’t tell your word count.

So once you know the rules and have created your own micro masterpiece, get it to us by Thursday, June 9, at 5 p.m. for consideration in our annual contest. Send or deliver your brilliance to 1010 Marsh St. in San Luis Obispo, CA, 93401, or e-mail it to 55fiction@newtimesslo.com. Please include your name, address, and phone number with your submission. It’s cool if you want to submit multiple entries, but please submit just one entry per page, and provide your contact information with each submission. Stories submitted after deadline will be put in next year’s pile—no exceptions! So go on, reader—put pen to paper!

And for reading this far, I reward you with this 2008 gem “Pleasures of the Flesh:”

Jesus passed Mohammed a cigarette. Mohammed took a deep drag, then sighed with pleasure. Expensive fags were the best. Sheer paradise. And Jesus was one tight dude.

Jesus was sitting in a cloud of blue smoke. Golden light was shining behind his head,
in a halo.

The light went out. Another long night in prison.

Anna Weltner strings words together for a living. After, all she is New Times’ arts editor. Send the adjectives, verbs, and nouns of your choice to aweltner@newtimesslo.com.