'After Everything' film crafts a new romantic narrative

See it at the Fremont

After Everything will show at the SLO Film Festival March 17 at the Fremont Theater following the closing night awards at 6 p.m. General admission for the film and award ceremony is $15; students get in for $12. All festival passes are accepted for this event. Visit slofilmfest.org for more information.

Boy meets girl. Boy gets diagnosis. Boy and girl fall madly in love and try to navigate the new normal.

It's not your typical story arc, where one romantic lead gets tragically sick and either dies or magically recovers, but that's what made this narrative interesting to San Luis Obispo native Hannah Marks and her writing partner, Joey Powers.

"We had been trying to come up with a new thing to write, and we both love The Graduate and how when it ends. It's like, what next? So we wanted to do a cancer love story like that," Marks told New Times. 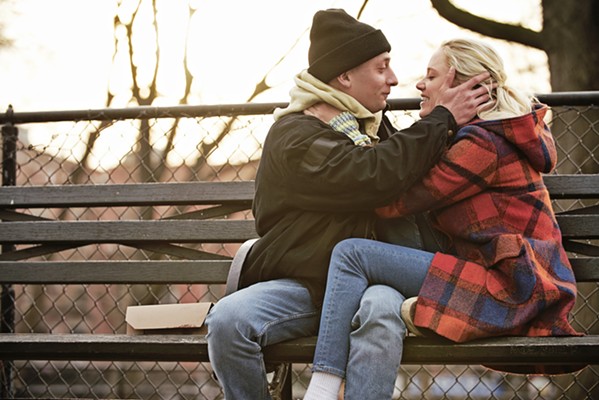 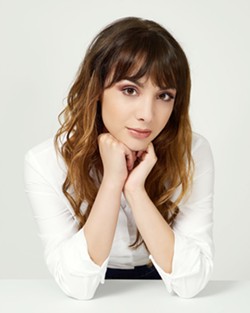 The end result is the duo's feature film, After Everything, which Marks and Powers co-wrote and co–directed. It tells the story of what happens when Elliot (Jeremy Allen White, Shameless), a brash 23-year-old living carefree in New York City, meets the sensible Mia (Maika Monroe, Greta, It Follows) and receives a damning diagnosis all in the same week. As the couple's love blossoms amid the chaos of his treatment, they discover that Elliot's illness is not the real test of their relationship—it's everything else.

After Everything debuted its theatrical release at 20 theaters in the U.S. in October, and will now show at the SLO Film Festival at the Fremont Theater on March 17.

Marks got her start as a child actor in productions such as Stages, A Midsummer Night's Dream, and To Kill a Mockingbird at the SLO Repertory Theatre, just blocks away from the Fremont.

"I'm really honored to have it play at the Fremont," Marks said. "It's one of my favorite theaters of all time and in my hometown."

While Marks got her start onstage and began working as a professional actor at age 11, she changed her focus to writing and directing as a young adult when she moved to Los Angeles to pursue a career in the film industry.

"Acting will always be my first love, but, really, I've always loved movies, so as long as it's something I'm excited about," she said.

Leading up to writing After Everything, Marks and Powers took inspiration from films like 50/50 and The Fault in Our Stars, which also star a romantic lead with a deadly diagnosis.

"We're both kind of hypochondriacs and neurotic, so getting sick is something we think about a lot," Marks said. "So it felt ripe for our talents as writers. I'm hoping that people feel like they've seen something real and honest. I hope that it moves people."

Marks' next project—directing Turtles All The Way Down, based on the young adult novel by John Green, for Fox—is expected to debut sometime in 2020. At 25 years old, Marks is one of the youngest female studio directors in history.

Marks urges other young people looking to break into the industry to be tenacious and to create their own content and projects to write, act, and direct in.

"Don't give up," Marks said. "Persistence is important. You get so much rejection in this business. You have to make stuff happen for yourself." Δ

Arts Writer Ryah Cooley is a sucker for love stories. Contact her at rcooley@newtimesslo.com.