Ag history lives, thanks to the Wine History Project of SLO County

The Central Coast wine pantheon has been thinned out in recent years: Winemaker Robert Haas of Tablas Creek; old-school Paso Robles wine grape grower Richard Sauret; and Archie McLaren, founder of Central Coast Wine Classic, have all been called home to that great big tasting room in the sky. 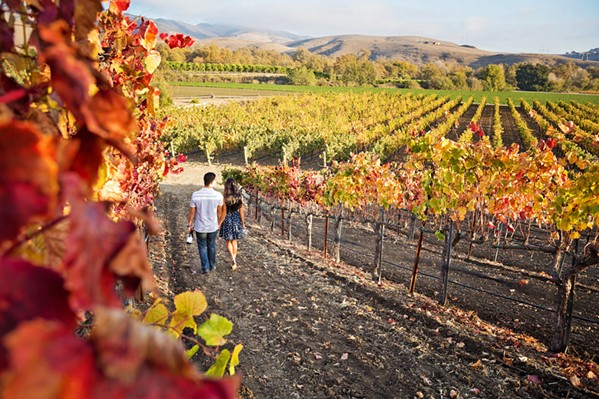 While these names are fresh in our minds—and their memories will reside in many readers' hearts—plenty of wine forefathers and mothers have fallen from our collective consciousness.

All is not lost, though. Like leaves shriveling away from dormant winter vines, these souls have not disappeared, they have merely transformed. Look closely, and the spirit of their stories lives on.

You just have to dig deep, deep down into the soil.

The memory of Henry Ditmas can be found in those layers of dirt, intermingling with ancient zinfandel roots in Arroyo Grande. In his youth, the Englishman and civil service engineer built roads and railroads in Australia and South Africa for the British military.

After the California Gold Rush, Ditmas came the United States and became a sheepherder in Avila Beach. As you might have already guessed, he fell in love with the land, bought a beautiful ranch called Rancho Saucelito in the upper Arroyo Grande Valley, and planted the very first zinfandel vineyards in South County (the year was 1878).

Ditmas may have passed away in 1892 at the age of 47, but you can still taste his efforts when you sip a bottle of Saucelito Canyon Vineyard zin. He's also still very much alive in the world of Libbie Agran, executive director of the Wine History Project. Think of her as your "resident digger." Her hands are covered in fresh earth, and her mind is filled with the yellow-tinged documents of days gone by.

"Ditmas began to collaborate with the first commercial winemaker in the area, and the collaboration between the two led to discovering a rootstock resistant to the terrible scourge of the time, phylloxera," she said (yes, Agran talks like a historian, too). "The vines and clones Ditmas worked with in 1878 have been kept alive through UC Davis, and these clones are being used as the old vines die. The wines are still winning awards. These traditions have value because they have shaped, and are still shaping, our region today." 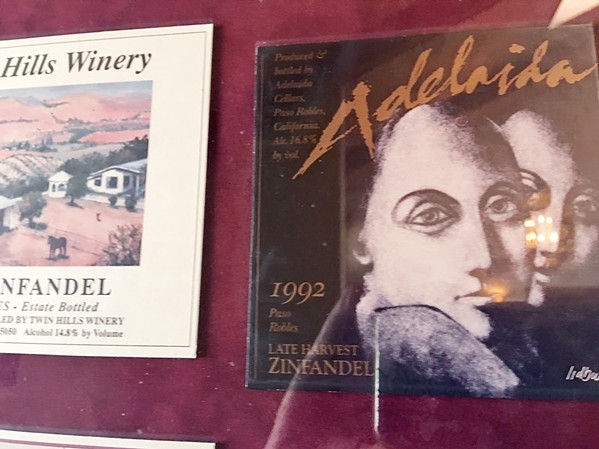 The idea behind the Wine History Project—as well as sister group the Food History Project—is education through connection. Through exhibits, speakers, excursions, and community outreach, the group aims to keep each story alive for the next generation.

Agran said the mission, which began in 2014, has become more than a "job"—it's a full-time obsession. You might just bump into the historian at your neighborhood garage sale (you'd be surprised how many important documents get tossed out with the Beanie Babies).

"We go through every article we can find on wine history and agriculture in the area. This often leads us to county documents, as grapes were often sold to Sonoma, Napa, Los Angeles, Orange County," she said.

"My journey starts with interviewing the decedents or the current owners of the historic land. I gather as much from living people as I can, which will inevitably lead me to papers in attics. I also continually go to meetings where I can mingle with people who love wine, and I always find that there is a referral. Someone's 90-year-old great uncle who was a vineyard manager 70 years ago might be ready to tell his story," she said.

When that happens, the team is ready to listen and take notes.

A staff of three helped propel this sometimes tedious work forward, and the group has moved into an office on Broad Street in SLO, open by appointment only. You'll find Wine History and Food History Project works hanging in local tasting rooms and community spaces (check out the ongoing 19th Century Wine History Timeline Exhibition currently hanging at the Dallidet Gardens in SLO).

The Food History Project is more about "field trips."

"The reason the Food History Project became linked to the original plan is that food pairs with wine, and it also brings in an audience. Through food, people become very interested, and it's a way to bring everyone in and celebrate our ag heritage," Agran added.

In 2019, Wine History Project of SLO County aims to show exhibitions on Prohibition, the rise of home winemaking as well as Italian-Americans and their influence on regional wine and agriculture. An expanded exhibition of the group's popular Wine Becomes Art exhibit will be shown at SLOMA in March 2019.

At an upcoming lecture, Wilmar Tognazzini is slated to speak about the Morro Bay fishing industry, and on March 11, longtime Paso Robles local Don Campbell will speak about his background in ag history.

Really, the group will never run out of stories to tell, because so many people are eager to share these stories.

This—the stories—is perhaps the beauty of this region, so known for its soft hills, diverse microclimates, and lush vines.

"When you talk to people about SLO County, they might think of surfing and hiking, but who have we been for thousands of years? We have been about ag and the production of food, which includes the ocean and rivers, going back to the Chumash," Agran said. "The question is, 'Why, who, how, and what is our taste today versus the old days?' It is a continual history of taste and culture and soil science and climate. These are all related." Δ

Hayley Thomas Cain's microclimate (her office) is also unique, although a bit messy. She can be reached at hthomas@newtimesslo.com.