If you really want to get a sense of what all-female mariachi band Flor de Toloache sounds like, I highly recommend you check out the group's NPR Tiny Desk Concert available on YouTube. Bilingual vocal harmonies, sparse but sparking instrumentation (trumpet, violin, Mexican vihuela, and guitarrón mexicano), beautiful costumes, and fierce female energy combine for a remarkable concert experience.

Formed in 2008, the group's 2014 self-titled debut garnered a Latin Grammy nomination in the Ranchero/Mariachi category—an award they won in 2017 with Las Caras Lindas. They scored another nomination in 2019 for Indestructible. They have incredible crossover appeal!

They play legitimate mariachi music with the vigor of traditional mariachi bands, but the group also likes to break some rules and work in some covers of everything from the Bee Gees to No Doubt. 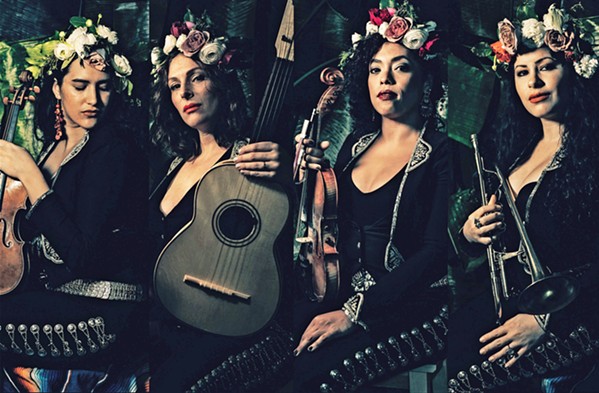 Over the years, the New York band's membership has expanded to include musicians from Mexico, Puerto Rico, Dominican Republic, Cuba, Australia, Colombia, Germany, Italy, and the U.S. The quartet currently consists of founders Shae Fiol and Mireya Ramos, as well as Julie Acosta and Yesi Reyes.

They've also caught the ears of folks like Black Keys singer Dan Auerbach, who tapped Flor de Toloache to open for his new band, The Arcs, during an extensive U.S. and European tour in 2015, which led to TV appearances on late night shows. Questlove of The Roots said of the band, "... not 'your fav Mariachi band' or 'your new fav girl group' ... so beyond that, man."

The moment Rick Estrin hits the stage in his sharkskin suit, perfectly coiffed hair, and sly grin, you know you're in for a real show. 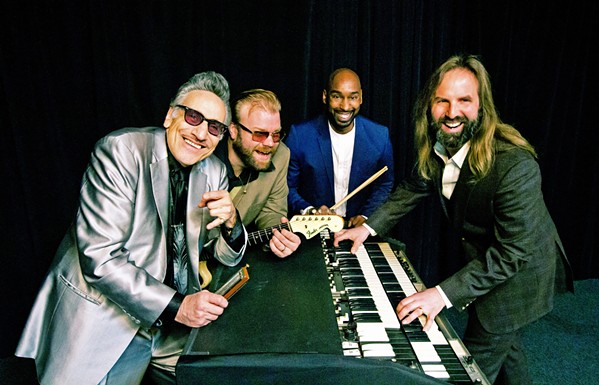 "People don't go out to see people who look like themselves," Estrin said in press materials. "They want to see something special. I was schooled in this business to be a showman, and that's what you get when you come to see us perform. We know how to put on a show. I feel sorry for anyone who has to follow us."

Back Bay Betty will get the party started.

Purveyor of fine German cuisine and even finer German hospitality, Beda's Biergarten, is moving the fun from their Broad Street restaurant and beer garden to SLO's Odd Fellow's Hall this Saturday, Feb. 29, for Beda's Biergarten's Leap Beer (Year) Party (4 to 10 p.m.; all ages; $15 general admission with food and drink available for purchase a la carte or $70 for all you can eat and drink! No tickets will be sold at the door; purchase tickets on eventbrite.com). 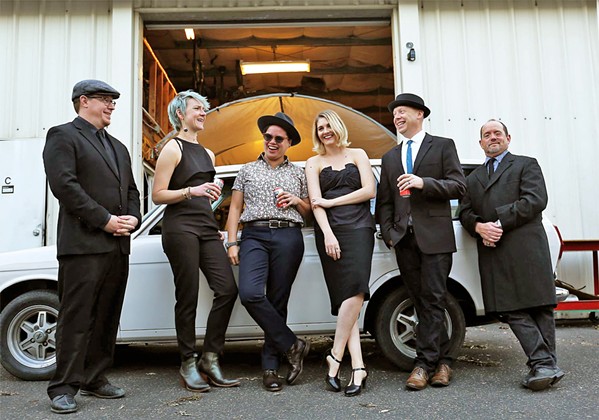 There'll be eight beers on tap, dinner, dancing, horse races with prizes (be there to figure out how that's going to work!), and two bands. There'll be some picking and grinning with The Short Attention String Band from 4:30 to 6:30 p.m., followed by some retro pop and vintage jazz by The Tipsy Gypsies from 7 to 9 p.m.

Take your power back

Nahko and Medicine for the People bring their socially conscious folk-rock and soulful R&B to the Fremont Theater this Tuesday, March 3, as part of their Take Your Power Back tour (doors at 8 p.m.; all ages; $45.49 presale at Boo Boo's and fremontslo.com), with Random Rab opening.

Nahko's new album "grapples with grief, trauma, reconciliation, and acceptance," according to press materials. "Nahko's live performances echo the music's tribe mentality and the belief that music can break down barriers to unite under common goals."

Also this week at the Fremont, check out the rapper Berner on Saturday, Feb. 29, as part of his Something About the West Coast tour (doors at 8 p.m.; all ages; $33.17 presale at Boo Boo's and fremontslo.com).

Back to basics rock

Numbskull and Good Medicine host San Francisco's finest straight-up rock band The Stone Foxes at The Siren on Wednesday, March 4 (doors at 7 p.m.; 21-and-older; $12 presale at Boo Boo's and eventbrite.com or $15 at the door), with Strange Vine opening.

Irresistible guitar riffs, phat organ, hooky stadium-ready rock anthems—this is good old-fashioned, no-frills, old-school rock 'n' roll! They're touring in support of their just-released EP, Gold, which they say "summons the chaos of the times with masterful depictions of living life against the grain."

I heard "Death of Me" online, and it thunders!

"I sent her away on the old tarmac, now I cry every night hoping she come back," belts out frontman Shannon Koehler, who with his brother, Spence, makes up the core of The Stone Foxes.

This is a band best seen live!

Have guitar, will travel 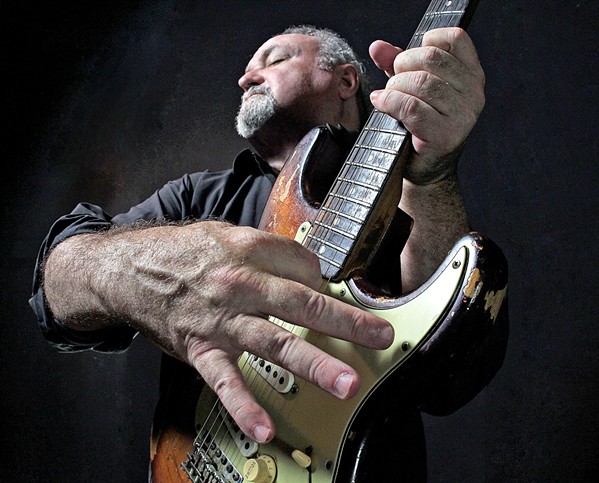 Tinsley's touring in support of his ripping new 11-track album, Ice Cream In Hell. Tinsely took to the road 40 years ago, bringing his virtuoso guitar playing and soulful vocals to hungry fans around the world. From minor-key blues, shuffles, soul romps, and down and dirty blues-rock, he does it all. Ice Cream In Hell marks his 18th album, and according to Ellis, it's "the most raw-sounding, guitar-drenched album of my career."