It's weird to think of Santa Barbara alt-rock band Toad the Wet Sprocket as a nostalgia band, but here we are 34 years after their inception.

They were the subject of my first cover story in I think 1991 (our electronic archives don't go back that far). They'd really started to take off in 1990 when Columbia Records signed them as they were recording their second album, Pale. Columbia also reissued their 1989 debut, Bread and Circus. 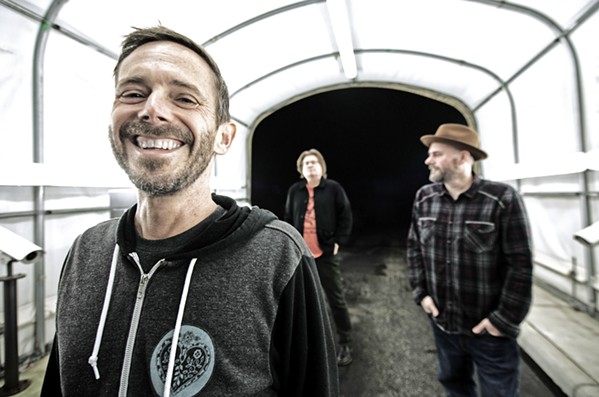 I traveled to Santa Barbara with then Associate Editor Todd Kleffman to interview the band in bassist Dean Dinning's parents' basement, at least I think the basement belonged to the Dinnings. It was a long time ago.

The band was about to release their breakthrough album, Fear (1991), which featured their first two big singles, "All I Want" and "Walk on the Ocean." The album went on to be RIAA-certified platinum, which was a pretty big deal for a bunch of kids barely in their 20s who still lived at home. When they first formed as high school students, singer-songwriter Glen Phillips was just 15.

They followed with Dulcinea (1994) and Coil (1997) and then sort of broke up as Phillips embarked on a solo career, but there was a 2002 reunion, and then the band basically reformed and started touring in 2006 and has kept going ever since. Original drummer Randy Guss eventually left the band in 2017, replaced by Josh Daubin, but guitarist Todd Nichols is still there. They recorded New Constellation (2013) and Architect of the Ruin (2015), but as far as I know, nothing new is forthcoming.

Should be a fun walk down memory lane!

Classic two-tone, ska, and new wave act The English Beat plays on Saturday, Jan. 25 (doors at 8 p.m.; all ages; $28.83 at Boo Boo's and fremontslo.com), with The Delirians opening. Founding member Dave Wakeling still fronts the band and sounds just like he did in the late '70s and early-'80s.

Finally, electronic music producer Minnesota takes the Fremont stage next Thursday, Jan. 30 (doors at 8 p.m.; all ages; $24.96 at Boo Boo's and fremontslo.com), with Thelem, Eastghost, and Call Me opening.

Morro Bay's only nightclub kicks off its week with the Ska Parade 30th Birthday Tour featuring Los Kung Fu Monkeys on Thursday, Jan. 23 (6:30 to 11:30 p.m.; 21-and-older; $18 presale at eventbrite.com or $20 on the day of the show), with Despacito and Joker's Republic opening.

According to organizers, "The fourth wave of ska is here! Celebrate the 30th birthday of one of the most influential ska radio stations as they hit the road for a birthday tour! Ska Parade, also known as SP Radio One, is a Southern California radio show whose goal is to promote up-and-coming ska artists, as well as other types of new bands."

The show was co-created by Tazy Phyllipz, who said, "This tour is basically a love letter for all generations of ska fans. The film aspect of this has everybody in it: No Doubt, Sublime, The Specials, Rancid, The Interrupters, Save Ferris, Five Iron Frenzy, Reel Big Fish, and Bosstones."

Get ready to skank!

Triple-threat Renaissance man Shane Stoneman is a gifted surfboard shaper, and amazing painter, and terrific musician, and this Saturday, Jan. 25, The Siren hosts The Shane Stoneman Band (doors at 7:30 p.m.; 21-and-older; $8 presale at eventbrite.com or $10 on the day of the show), with The Solstice Sisters opening.

Stoneman, who's been shaping boards and making music for more than 20 years, has new songs and a new band lineup. Apparently his new band has been hunkered down practicing, and now's the time to unleash the music.

"I decided that the world needed some new original songs so I put my head in a vice and squeezed until I heard a handful fall out," Stoneman joked. "It's kind of like movies ... I never ever need to see a Batman-themed movie again. Give me the weird, fresh, and authentic."

According to his new bio, "His lyrics reflect the breezy pace of life on the Central Coast and all the rich characters that have inspired the song stories and impressions. The band employs tempos that span the spectrum—from folk rock to funk to train beat barnburners. He'll be joined by Zac Cornejo on drums, Bob Cooper on guitar, Adam Bauman on bass, and 'Toes' Cuff on keyboards."

The surf and art group, Forever Stoked, will also be there showing off some new and old paintings and prints.

SLO Brew Rock hosts Jerry Garcia tribute act Jerry's Middle Finger this Friday, Jan. 24 (7 p.m.; 18-and-older; $12 at slobrew.com), which bills itself as "the West's best Jerry Garcia Band tribute experience, with some of the strongest and most seasoned players and vocalists in California's jam band community."

I saw the band a few years ago with comedian, actor, writer, and banjo player Steve Martin, and they put on an amazing show, even with funny man Martin. They've appeared on The Tonight Show Starring Jimmy Fallon, The Late Show with Stephen Colbert, NBC's Today Show, and more, and they deliver amazing vocal harmonies and unparalleled musicianship.

They recently released a new single with R&B icons Boyz II Men and a new live album, North Carolina Songbook. It's their 12th album since 2001!

"It was such a cool yet unusual experience to work as a band on a collection of songs we've recorded over the years and have performed live hundreds of times, by adding the Asheville Symphony and producer Michael Selverne," Steep Canyon Rangers' Woody Platt said in press materials. "This brought the songs to a new place with an entirely new life and sound. We also recorded with the band in a truly live setting to capture the energy of the performance."

It's time for some more hot swinging jazz in the Pismo Vets Hall this Sunday, Jan. 26, when the Basin Street Regulars host The Midnight Rose Jazz Band from Wallace, California, and the Santa Ynez High School Jazz Band from Santa Ynez (1 to 4 p.m.; all ages; $10 at the door). Midnight Rose has been called exciting, hilarious, energetic, spontaneous, and entertaining. The Santa Ynez High School band is only in its third year, but under the direction of Les Rose, it's already steeped in the tradition of big band swing. 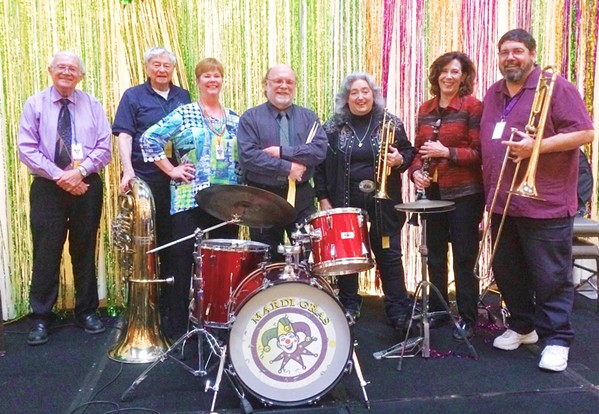 Saxophonist Dave Becker and his groups The Central Coast All-Stars and 41K will play SLO's Mt. Carmel Lutheran Church this Sunday, Jan. 26 (3 p.m.; all ages; $20 suggested donation). The show will benefit music programs in San Luis Coastal Unified School District high schools and middle schools. Becker's an amazing player and has enlisted the area's best jazz musicians to join him. Not to be missed! 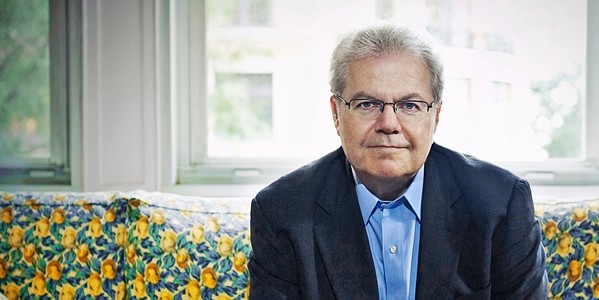