Every year, Adelaida Vineyards and Winery christens its harvest with a bottle of its sparkling wine from the 1980s. The beginning of that decade was the last time the winery crafted those bubbles.

"We still have a few bottles lying around from 1984. It's almost like a blessing of the grapes with a bottle of the old sparkling," Adelaida General Manager Jude Radeski said. "And we're literally down to the last seven or eight bottles."

Now, more than 30 years later, the winery is releasing a new sparkling wine just in time for Paso Robles' annual Harvest Wine Weekend Oct. 16 through 18. Originally, Radeski said, Adelaida was just going to release the limited edition wine for its club members. But with the COVID-19 pandemic changing so much, including Adelaida's usual harvest weekend festivities, Radeski said the winery wanted to do something special for tasting room visitors that weekend.

Although Paso Robles Wine Country Alliance's usual celebration of harvest season includes events at more than a hundred participating wineries, 2020 is continuing its theme of being different, thanks to the pandemic. About 20 wineries have socially distanced, sanitized, and pared down special events listed on Paso Wine's website to celebrate the weekend, including large vintners such as Justin Vineyards and small, limited production vintners such as The Farm Winery, which doesn't have a tasting room.

Typically, Adelaida Vineyards holds a winemaker dinner and has a food truck and music on-site, but "all of those plans got scrapped," Radeski said. So instead, the winery is going to release its new sparkling vintage.

All tastings over harvest weekend will include a sip or two of Adelaida's 2017 Sparkling Wine Signature, HMR Vineyard, which is available for purchase to wine club members only. A 50/50 blend of pinot noir and chardonnay grapes from Adelaida's Hoffman Mountain Ranch Vineyard, the sparkling wine is crafted from unique varieties for the Paso region.

Pinot noir and chardonnay are traditionally grown in cooler climates, and Radeski said the orientation of that particular vineyard just doesn't catch the sun and exposure that the other vineyards in West Paso Robles do. According to Adelaida's website, HMR Vineyard is typically 10 to 15 degrees cooler than the areas around it. The pinot noir grapes planted on the property are the oldest on the Central Coast, dating back to 1964.

"It came out great," Radeski said of the sparkling. "We're super excited about the wine. Hence the reason that we decided to use it as a replacement item for this weekend. It just made sense."

As with most wineries, tastings during the pandemic are by appointment, and the pours are all conducted outdoors. Seating is limited outside the usual tasting room, so Adelaida opened up its event venue at the top of the hill, which is typically used for large events like weddings. The hill is up near the highest point in the Adelaida American Vitcultural Area, which happens to sit on Adelaida Vineyards' property. 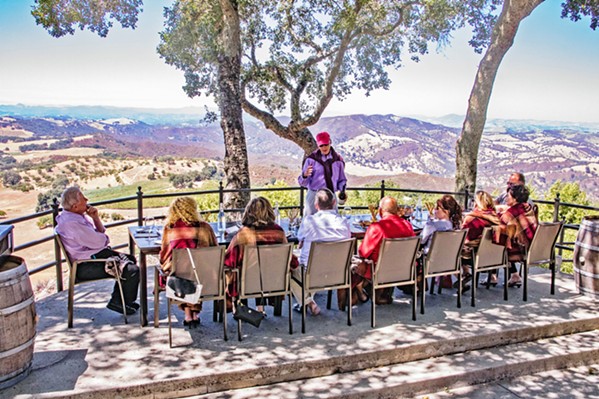 "We're actually really happy with the way things are going. The reservation thing and the outdoors thing were just sort of pushed upon us ... . We haven't suffered badly in terms of our revenue," Radeski said. "You get a more intentioned buyer out there if they're forced to plan their day."

The biggest challenge right now, Radeski said, is the weather. With outdoor seating, wineries are dependent on nice weather—not too hot, not too cold, not too wet—to conduct tastings. Harvest weekend is predicted to be a hot one, with temperatures in the 90s.

Castoro Cellars is celebrating the harvest with some sparkling as well, releasing its new bubbles crafted in the traditional French Méthode Champenoise for tasting on Oct. 18 and 19. On top of that, Castoro will be doing a barrel tasting that weekend for tasting room visitors. 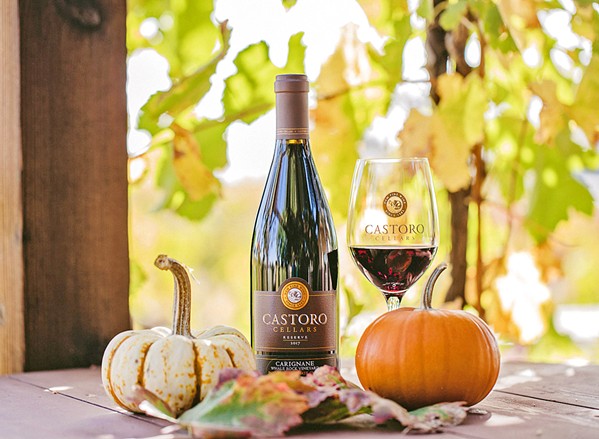 Castoro Event Manager Happy Saunders said the barrel in question will be a surprise, but usually, the winery does a red or a white that's being released the following spring. The winery's harvest weekend events are similar to what Castoro normally does, but slimmed down and a little different, Saunders said.

"We just want to slowly get back into it. There's just so many things that we haven't been able to do since March, such as wine club pickups," she said. "Castoro and the owners are so about the community and just supporting them, and just being able to ease back into events and do something a little bit different than we have been is just so important to them. ... Just to be back out there and to have things for the community to safely go to." 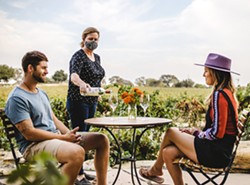 There won't be live music, or clusters of grapes that you can grab, or long winemaker dinner tables to sit at community style. However, Saunders said Castoro is still doing a Friday night harvest dinner on Oct. 17 with Trumpet Vine Catering. Outside tables will seat up to four people and will be socially distanced. Reservations will be staggered so there isn't a large group of people waiting all at once for tables, and the winery is limiting it to 40 people.

"That way we can keep everybody safe and separate," Saunders said.

Castoro is also doing an outdoor brunch yoga session on Oct. 19 that will include a mimosa made with the new sparkling wine and food from The Kitchenette in Templeton. 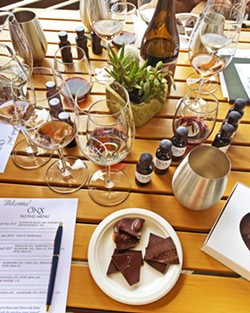 "It's definitely different, but we're just so grateful that we have beautiful grounds," she said.

ONX Wines is including a chocolate pairing (with decadent vegan, dairy-free chocolate from Sweet Creations made with 76 percent cocoa) and 2018 ONX Black Orchid barrel tasting for its Harvest Wine Weekend visitors. 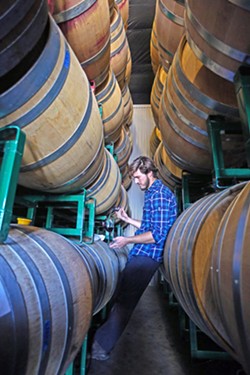 Sea salt and espresso chocolate is one way ONX is hoping to carry out its focus of creating meaningful experiences for people to connect through wine, Assistant DTC Sales Manager Kevin McDonald told New Times via email. Even if it involves COVID-19 safety practices, mask wearing, sanitizing tables, and a pared down event, McDonald said that Harvest Wine Weekend is a wonderful opportunity to make that connection.

"While the world has changed in 2020, ONX has continually adapted to continue to bring wine to our customers in challenging times," McDonald said.

Editor Camillia Lanham is into wine, with or without chocolate. Send food tips to clanham@newtimesslo.com.