Peyroux had a fairly peripatetic upbringing. Born to "hippie" parents in Athens, Georgia, she was raised in New York and California before her parents divorced when she was 13 and she and her mother moved to Paris. Today she lives in Brooklyn, though she said in a recent phone interview, "I travel so much I'm not super grounded to any one place." 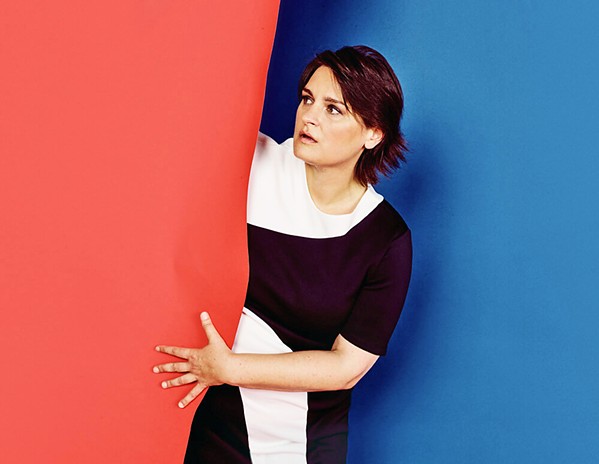 What was it like to move to Paris at the difficult age of 13, arriving in a new country with a language she didn't know?

"I was not excited about it and I didn't want to do it. We first moved to a suburb of Paris because it was close to international school," Peyroux recalled.

Classes were taught first in English and then again in French.

"There were other kids from other countries, and none of us could speak French, but with 20 hours a week of instruction in French, I was moved into mainstream classes the next year," she said.

Being in Paris sounds wonderfully romantic, but as a teenager, Peyroux found it provincial and stifling.

"We were in the suburbs at the edge of the city, which is basically a series of chateaus built all around the circle-egg of Paris," she said. "We were a little past the chateaus in a small village, so I wasn't in Paris right away and I didn't like it until I went to Paris for the first time, where I saw all these street musicians. I became fascinated and started going back to that neighborhood. At about 15, I started skipping school to sing in the streets."

It wasn't until later that Peyroux had any formal training, which she sought out after she started losing her voice from all the touring and performing she was doing after the success of her first record, Dreamland (1996), which features songs such as Edith Piaf's "La Vie en Rose" (written with Louiguy), Bessie Smith's "Reckless Blues" (written with Jack Gee), and Patsy Cline's "Walkin' After Midnight" (written by Alan Block and Don Hecht).

She still studies voice with Joan Leder of New York: "You know, she helps me stay in shape. Basically it's a routine I have to keep up. The more you sing, the more you have to warm up and train during the day."

Peyroux's real breakthrough album was her sophomore effort Careless Love (2004), which quickly sold half-a-million copies and contained more contemporary songs such as Leonard Cohen's "Dance Me to the End of Love," Bob Dylan's "You're Gonna Make Me Lonesome When You Go," and Hank Williams' "Weary Blues."

How does she select these cover songs?

"It's almost like half the job is finding and choosing the right songs, finding songs I connect to and then owning them and making a real commitment to venturing down the road with them," Peyroux explained. "Nowadays I find it a little bit easier because I've been doing it so long, but the important thing is to find something I feel passionate about, some way to communicate what the song means to me. Sometimes there's a backstory I create to relate to, or sometimes the arrangement makes the song work. I can't do the job if the song doesn't say the things I want to say, or if I'm not in love with the storyline or characters. That's why when I find a song I love and can connect with, a song I can sing well, I do it all the time."

And what about her own songwriting process?

"It's a lifelong discovery," she said. "Songwriting is completely demanding. I don't think at all that it's the same thing as interpreting a song. It's a very deep craft, which is why I often work with co-writers."

Her newest, Anthem, was produced and co-written by four-time Grammy winner Larry Klein (Joni Mitchell, Herbie Hancock), who she's co-written with in the past. What sort of show should people expect when she appears this weekend at the Fremont?

"Right now, we're going to be presenting songs on this recording in a traditional jazz context," Peyroux said. "We're a quintet, and I think the approach, in a way, is a pop approach. A lot of the great jazz standards were pop songs at the time. It's more about the lyrics and the story, a story that's a personal plea from one person to a whole bunch of other people, a personal message, a political message."

Anthem's title track perfectly encompasses that sentiment and sounds like a classic American Songbook jazz standard with a contemporary twist: "The birds they sang at the break of day/ Start again I heard them say/ Don't dwell on what has passed away/ Or what is yet to be// Yeah the wars they will be fought again/ The holy dove she will be caught again/ Bought and sold and bought again/ The dove is never free// Ring the bells that still can ring/ Forget your perfect offering/ There is a crack in everything/ That's how the light gets in."

Speaking of the Fremont Theater, the upcoming Lyle Lovett and Robert Earl Keen show on Tuesday, Dec. 4, is almost sold out ($55 to $70 at eventbrite.com). If you want to go, buy now!

Also this week at the Fremont, see Lauren Alaina on Friday, Sept. 21 (8:30 p.m.; all ages; $23.79 at Boo Boo's or fremontslo.com). This is a Numbskull and Good Medicine Presents show, and Alaina was discovered on Season 10 of American Idol.

Houndmouth's been called everything from an alt-blues to an alt-country to a folk and Americana and indie rock band, and I guess they're all those things. They were signed to Rough Trade in 2012 and have since delivered three engaging albums, most recently 2018's Golden Age.

Get your Irish up!

This should be an interesting show. The Irish-American Celtic folk punk act Flogging Molly has turned up the sociopolitical commentary level on their newest album, Life is Good, exploring—according to press materials—"politics, the economy, unemployment, planned boomtowns gone bust, immigration policies gone awry, and much more. For singer and lyricist Dave King, it may be the lyrical couplet contained within the surging 'Reptiles (We Woke Up)' that points toward the album's central theme. 'We woke up,' King sings, 'And we won't fall back asleep.'"

In addition to the aforementioned Lauren Alaina show at the Fremont, Numbskull and Good Medicine Presents also brings you Mike Ryan at BarrelHouse Brewing on Wednesday, Sept. 26 (6 p.m.; $20 presale at Boo Boo's ticketfly.com or $25 at the door). 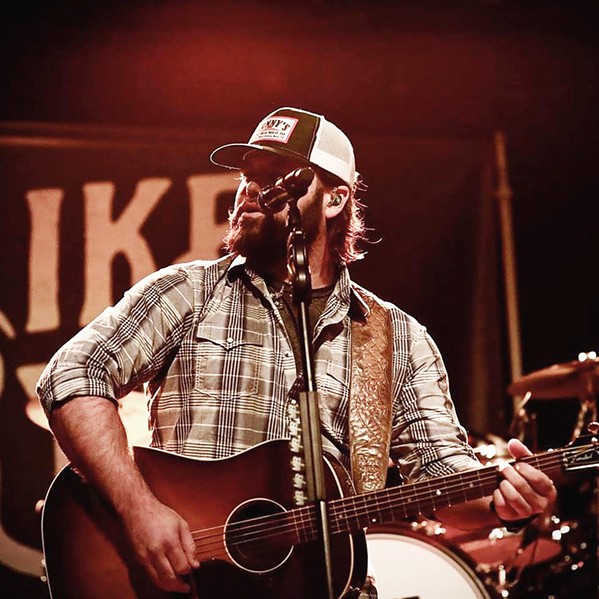 The San Antonio-born country singer-songwriter is poised for a breakthrough with "New Hometown," the lead single from his forthcoming album. The song is classic country—about getting over a breakup.

"I think it's a song that most folks can probably relate to in some way," Ryan said in press materials. "I love the melody of the song, and I think it tells a good story."

The PAC is back! 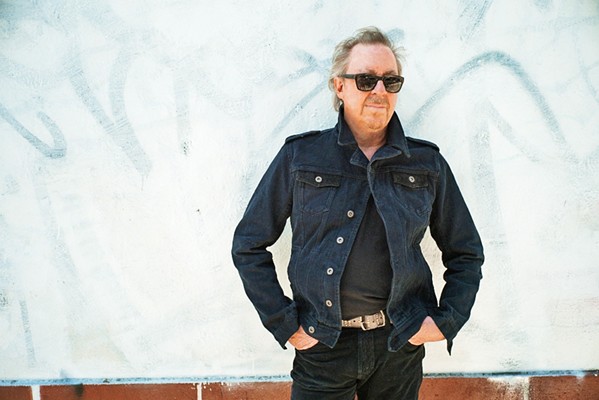 Cal Poly Arts and the Performing Arts Center have two great shows cooked up this week. On Tuesday, Sept. 25, check out Grammy-winning singer-songwriter/guitarist/vocalist and "blue-eyed soul" master Boz Scaggs during a stop in his Out of the Blues tour (7:30 p.m.; all ages; $54 to $99 at calpolyarts.org).

On Thursday, Sept. 27, all hail the return of Wynton Marsalis as he leads the amazing Jazz At Lincoln Center Orchestra, which is celebrating 30 years as America's premier jazz ensemble (7:30 p.m.; all ages; $36 to $85 at calpolyarts.org). "Marsalis' acclaimed new suite, 'Spaces,' combines street dance (jookin') and tap dance with Big Band jazz in a playful and wildly entertaining exploration of the animal kingdom," according to press materials. Δ