David F. Sandberg (Lights Out) directs Annabelle (2014), screenwriter Gary Dauberman's prequel script about a possessed doll. After dollmaker Samuel Mullins (Anthony LaPaglia) and his wife Esther (Miranda Otto) lose their daughter in an accident, they believe she's returned by embodying one of Samuel's dolls. When they realize the doll is actually possessed by evil, they lock it away, but 12 years later the couple invites nun Sister Charlotte (Stephanie Sigman) and a group of six girls from a shuttered orphanage into their home, and the doll begins to call out to one girl in particular, Janice (Talitha Bateman), reigniting the evil. (109 min.)

Glen It's official: Movies don't scare me anymore. In fact, the last time I remember being scared by a film was The Strangers (2008), which was mainly frightening because it was plausible. In that film, a trio of masked killers terrorizes a couple in a remote house. In this case, an evil entity tries to take the souls of its victims. Since I don't believe in the occult, the best Annabelle: Creation could muster for me was some effective atmospheric creepiness but no actual fear. I can say this: Bateman, 15, turns in a remarkable performance as the target of the entity. She has to go from vulnerable to terrorizing in her role as a polio-stricken orphan. On the other hand, the normally reliable LaPaglia is weirdly flat in his performance as Sam Mullins. Sigman is engaging as Sister Charlotte, as is Otto as Sam's wife Esther, but most of the other actors don't shine. I can also say that since I never saw the first Annabelle or any of The Conjuring films, which apparently are connected to this one, Annabelle: Creation can stand on its own. I didn't feel lost or as if I must be missing some essential info. Nope, this is a pretty straight-ahead "evil entity terrorizes its victims" film. If that's your thing, you might enjoy this, but I found it pretty tepid.

Anna As someone who resoundingly falls in the "dolls are creepy" camp, I expected more scare factor from Annabelle's soulless, dead eyes. Unfortunately, none of the scare tactics in this film managed to strike a chord with me, though like you, I don't believe in the occult, so it is an uphill battle to scare me with that type of storyline. The film opens with the lovely little Mullins family and their beautiful, gigantic, and ornate home, seemingly the perfect snapshot of Americana from yesteryear. Tragedy strikes when Bee (Samara Lee) is killed by a car, leaving her parents a life of regret and grief. When the storyline picks up 12 years later, a group of six girls along with Sister Charlotte are headed to the Mullin's remote property, which the devout couple has offered up to serve as a girls' home in hopes of stifling the silence in their house. Sam is standoffish and disengaged, and his wife is hidden away with an unknown affliction, ringing a bell to call for his attention. The newcomers are clearly excited with their new space, though locked doors and hanging dolls along with Sam's odd demeanor do give the house a creepy vibe. The filmmakers seem to be going for a slow burn effect, but atmosphere can only carry a movie so far, and Annabelle: Creation lost its muster fast for me. Bateman definitely was the shining star of the cast, though even her impressive performance can't save what is supposed to be an edge-of-your-seat scare fest from becoming a bit of a bore. 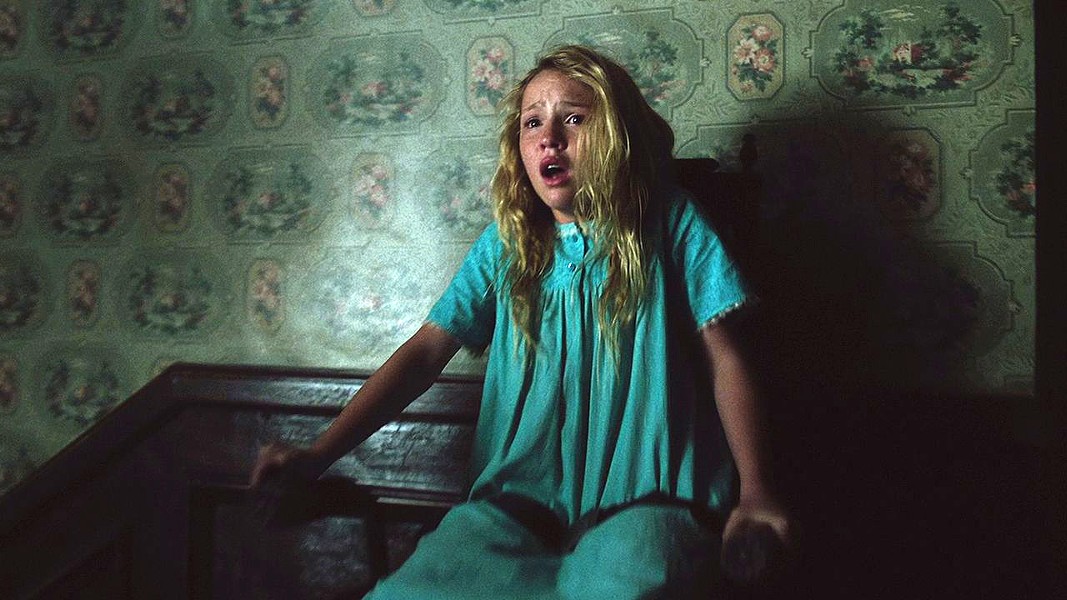 Glen A creepy scarecrow, a dark and cluttered workshop, a room with doll parts hanging from the ceiling, a rickety dumbwaiter, a rambling gothic manse, a deep stone-lined well, and a secluded rural location offer a lot of familiar horror clichés, but there's not much originality here, just tropes we've seen over and over. Fleeting glimpses of a figure in darkened rooms, the titular creepy doll in a chair, the mysterious mother with a partial mask hiding something unknown—we've seen it all before. If you believe in the devil or evil spirits, you may find this film tapping into your psyche, but for the rational-minded, it's a whole lot of hooey. Director Sandberg can certainly execute typical horror jump scares, but the real frights are missing, and I'm not sure why this film got tagged with an R rating. It's not gory or filed with crude language; there's no nudity. Over all, I'd call this film forgettable.

Anna Agreed. I doubt even diehard scary movie fans will get much out of Annabelle: Creation. I have no idea how its preceding films are, but this rendition did nothing to make me want to find out. It also fails to fall into the "so bad it's good" category that some campy horror films do. It's not particularly riveting, and with few exceptions, the performances are pretty flat. The force of evil is scarier when it is unseen; when its final demonic form is shown, I was underwhelmed. I love a good scary flick, but unfortunately they seem few and far between these days. This film can be thrown onto the pile of forgettable films whose atmosphere and jump scares weren't enough to push it out of mediocrity. I'll be keeping my eye out for more from Bateman though. She showed some genuine skill and character work in her performance. Skip the theater on this one. It doesn't seem too enhanced by the big screen. If the occult makes your hair stand on end, it may warrant a home viewing, but I personally would skip right past it if I saw it playing on demand. Δ