Thousands of Central Coast residents will have to look for new health insurance next year after one provider announced that it will no longer offer plans through the state's insurance marketplace in most California counties.

Health insurance giant Anthem Blue Cross said it is pulling out of all but three of the 19 regions set up under the state's insurance marketplace, also known as Covered California. The move only impacts those who bought plans through Covered California, not those who receive health care from Anthem through their employer or through Medicare. 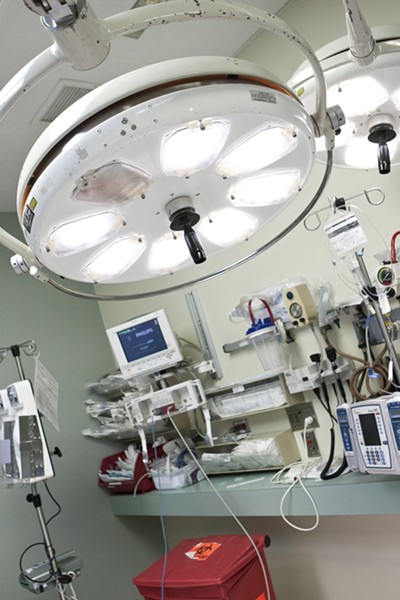 The company will discontinue the plans in 2018, according to the announcement.

"This was not an easy decision for us," Anthem Blue Cross President Brian Ternan said in a written statement accompanying the announcement. "We know that changes like these can have a real impact on the people we serve."

Joel Diringer, a long-time health care policy advocate and founder of the SLO-based consulting firm Diringer and Associates, said residents who bought those plans were individuals who did not qualify for programs like Medicare or MediCal and don't get employer-based health insurance either. Diringer said small business owners, independent contractors, and artists are examples of some of the people who bought the plans that Anthem will stop offering next year.

"It's pretty much people who have no other source of health insurance," Diringer said.

Ternan indicated that the decision to discontinue offering plans was based on the uncertainty currently swirling around the federal Affordable Care Act. This year, Republican lawmakers attempted multiple times to repeal and replace the ACA, but have thus far been unsuccessful. The chaos in Washington, D.C., appears to have made some providers skittish.

"In 2014, when the Affordable Care Act (ACA) started, we created a new set of quality, affordable health plans to offer consumers through the Health Insurance Marketplace," Ternan said. "But the market for these plans has become unstable. And with federal rules and guidance changing, it's no longer possible for us to offer some of those plans."

In a statement issued shortly after Anthem's announcement, U.S. Rep. Salud Carbajal (D-Santa Barbara) took aim at President Donald Trump, suggesting that efforts to kneecap the ACA would result in higher premiums for his constituents and other Americans.

"President Trump's continued threats to 'let Obamacare fail' ... have frustratingly helped destabilize our insurance markets," Carbajal said. "Now, more than ever, Congress must to work across the aisle to improve the health care system and bring down costs for all Americans."

In the meantime, Covered California said rates for its plans statewide will increase an average of 12.5 percent next year, though it noted that the change was lower than the previous year and characterized the overall status of the marketplace as "stable."

For those who must look for a new plan in 2018, open enrollment begins Nov. 1 of this year, according to Anthem. ∆