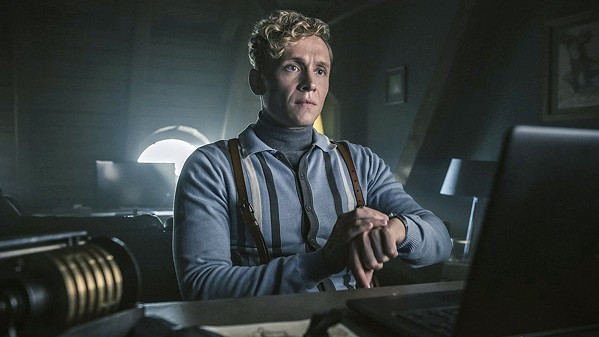 German actor Matthias Schweighöfer was the funniest part of Zack Snyder's early 2021 zombie film Army of the Dead, about a group of mercenaries that infiltrate quarantined zombie-infested Las Vegas to steal millions from an underground vault. His safecracker Ludwig Dieter, who in this film is going by Sebastian Schlencht-Wöhnert, was a combination of arrogance, timidity, and childlike wonder. And saying he was the funniest is actually saying something because the film also included Tig Notaro as a deadpan hilarious helicopter pilot.

In this film, Dieter is a friendless, geeky bank teller who studies safecracking, but his skills are unproven. He's recruited to an underground safecracking ring that competes against other safecrackers. That's where he proves his worth to ringleader Gwendoline Starr (Nathalie Emmanuel) and her heist gang, tough guy Brad Cage (Stuart Martin), expert hacker Korina (Ruby O. Fee), and getaway driver Rolph (Guz Khan)—a somewhat acrimonious crew.

Their goal is to rob three banks, each containing famous safes built by legendary locksmith Hans Wagner, and each owned by billionaire Bly Tanaka, the man who sends the mercenaries into Vegas in Army of the Dead. Meanwhile, the zombie apocalypse has begun. It doesn't try to reinvent the heist thriller, but Schweighöfer proves he can play a commanding lead and put together of engaging film. (127 min.) Δ