The Bridge, by Arroyo Grande author Lili Sinclaire, is available on Amazon for $9.99 for the paperback edition and $2.99 for the Kindle version.

Turning 13 is a big deal in and of itself. But throw in an unresolved murder, a recluse in the woods, and a brutal attack on a young girl, and things are really ramping up for Acacia, the protagonist of Arroyo Grande author Lili Sinclaire's new coming-of-age novel, The Bridge.

Sinclaire's latest book is a young adult novel set in a rural town on the California Coast. On New Year's Eve in 1960, Acacia turns 13. Her birthday wish is to be courageous enough to cross the old, dilapidated bridge. She and her friend want to find out why a light is shining in the deserted migrant camp where a girl's body was found three years before. And after that, the twists and turns keep coming. 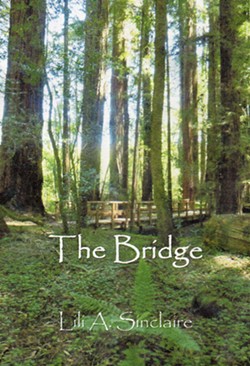 Sinclaire stopped to talk with New Times about writing, reading with ADHD, and getting a message across.

New Times: What's your elevator pitch for The Bridge?

Lili Sinclaire: Basically The Bridge is a fictional story that takes place in a coastal town like ours in the 1960s. It's very much like To Kill A Mockingbird. Mine deals with prejudice from the 1960s and 1970s as well.

NT: What inspired you to write The Bridge?

LS: There are three things that came together over a period of years, and those things became the story. I also took communications classes for 30 years, and I was a parent coach and worked for the women's shelter. It's all about that inner journey and coming to resolve things. Communication and relationships are my passion.

NT: Who is the target demographic for The Bridge?

LS: It is a young adult novel, which kind of goes from 15 to early 20s. It's again sort of the same as To Kill A Mockingbird, which is very much a coming-of-age story. Everyone who read it so far doesn't see it as something just a young teen girl would read, even though it's from a young girl's perspective. 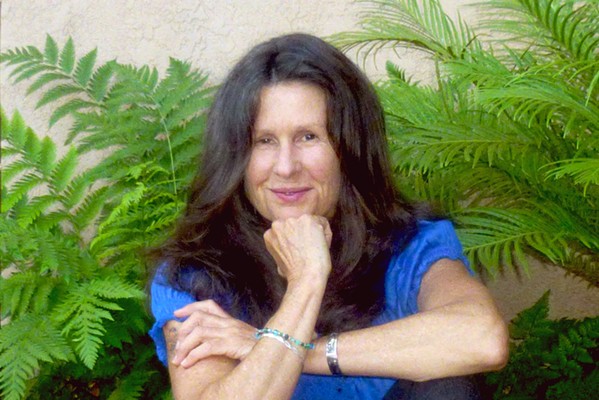 NT: What was the writing process like for this novel?

LS: It took me eight years to write. I showed it to several writers groups—writers groups are invaluable. It's touching people's lives so I don't care that I spent eight years on it. It was a really fulfilling thing to do.

NT: What do you hope people take away from reading The Bridge?

LS: There's a lot of intolerance going on in the world today. I'm trying to show in this story that until we've lived in someone's skin we don't know what their life is like. I'm hoping we'll have a bit more empathy and compassion. That's really important.

LS: To Kill A Mockingbird, I've read that so many times. The Secret Life of Bees. I have ADHD, so reading is quite difficult for me so I tend towards children's books, which are shorter. I think you can write if you don't read, but you have to read something like what you're trying to do. And you have to show your work to a writers group. Δ

Arts Writer Ryah Cooley is falling asleep while reading after bedtime. Contact her at rcooley@newtimesslo.com.