At a special meeting on Aug. 18, the Arroyo Grande City Council voted unanimously to cancel the city's Nov. 3 consolidated general municipal election, which usually determines who will serve on City Council and as mayor. The decision was made possible only after no competing candidates registered to run against the incumbents by the Aug. 7 deadline. 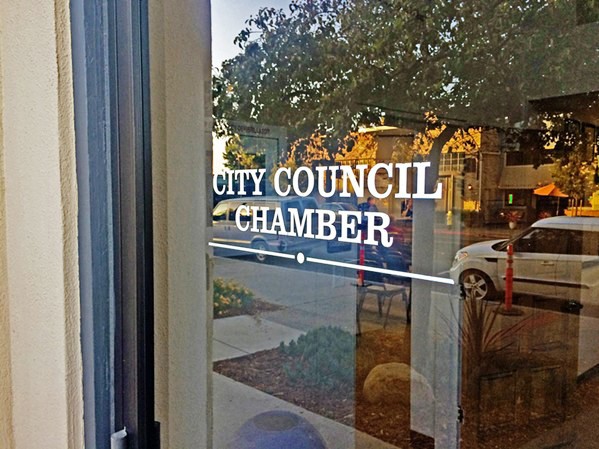 Some community members say they'd like a chance in November to elect new officials through write-ins—former Arroyo Grande Mayor Jim Hill won his seat as a write-in candidate in 2014—but Councilmember Jimmy Paulding said the registration deadline exists for a reason.

"The fact is that it doesn't make sense to spend $28,000 to hold an election just for write-in candidates who weren't serious enough to file their papers on time just like all the incumbents all did," Paulding said at the Aug. 18 meeting. "The only people that stepped up are the incumbents."

Paulding and other council members said they'd rather save the cost of running the election and printing a ballot and voter information pamphlet, which city staff estimate to ring in at about $28,000, and put it toward other services made necessary by the COVID-19 pandemic and widespread economic downturn.

But some community members say there was supposed to be a challenger for Mayor Caren Ray Russom's position, but the potential candidate was talked out of running.

Lea Rigo-Hensley—a vocal advocate for off-roading at the Oceano Dunes and president ofFreedom Ropes, a local business that sells tow ropes for trucks and RVs—told New Times in a previous interview that she planned to run for mayor of Arroyo Grande but the current mayor encouraged her to reconsider. On Aug. 6, the day before candidate filing papers were due, Hensley said she received a direct Facebook message from Russom cautioning Hensley about the "ugly world of politics" that Russom said is "nasty beyond your wildest dreams."

Russom also said that while she respected Hensley's tenacity, Hensley likely wouldn't be able to vote on issues pertaining to the Oceano Dunes because of her business and ties to other pro off-roading organizations, including the Jerk Pirates.

Hensley said she felt threatened, but Russom told New Times that she did not intend to intimidate Hensley or discourage her from running. Russom said she simply wanted to offer up facts and some advice to a community member who she's had friendly interactions with in the past.

Arroyo Grande residents Chris and Marla Johnson don't see it that way. They're two of dozens of community members who wrote emails and letters to the city in favor of holding an election despite the lack of candidates.

"We found it very troubling that a sitting official would inappropriately contact a potential candidate to discourage them from running for office in opposition," the Johnsons wrote in a letter to City Council. "While this may have been not as nefarious as some have framed it, you must see how this reeks of the political grappling to maintain power that we see in our state's and nation's governing bodies. Bluntly, it is not only disturbing, it is disgusting and should not be overlooked or excused."

But many other community members in favor of canceling the election called in to the Aug. 18 special meeting and wrote to City Council, saying they'd like to see the $28,000 and city staff time spent on more pressing matters.

Arroyo Grande residents will still get ballots in November and will be able to vote on issues related to local, state, and federal politics, but the cancellation effectively appoints current City Councilmembers Kristen Barneich and Lan George and Mayor Caren Ray Russom to their positions for another term.

Mayor Pro Tem Keith Storton said the cancellation of the election falls on the shoulders of the community.

"It really is the responsibility of each and every adult citizen in our community to make the decision if they want to run for office and represent their community," Storton said. "But because that didn't happen, now the burden of the choice has shifted to us to make this decision because those who may have wanted to run failed to follow the process and the rules, and they're not here to take on that opportunity." Δ