If you could give yourself a 60 percent raise, would you do it?

That's the "awkward" question the Arroyo Grande City Council is working to answer, and so far, most members don't seem too sure about their stances on the topic. 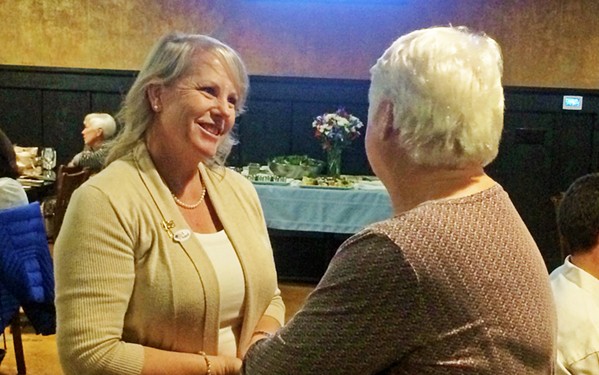 City Council analyzed increasing compensation for its members and mayor at a meeting on Nov. 12 after Mayor Caren Ray Russom requested that the issue be considered for the first time since 2008. Despite community opposition to the raise and a spirited debate between council members, City Council voted 3-2 to direct staff to create an ordinance that would raise compensation for its members, effective Dec. 1, 2020.

"I want to encourage other people to run who aren't retired," Councilmember Keith Storton said at the meeting, adding that increasing pay for City Council members could encourage a more diverse group of candidates.

Most of Arroyo Grande's past council members have been "older white guys," Storton said, because that's the group that can afford to serve.

Still, most community members who spoke at the meeting weren't swayed by the numbers.

Patty Welsh said that while she thinks Arroyo Grande's City Council members do deserve some kind of pay increase for their hard work, a 60 percent spike, which was suggested by city staff and would bring the monthly pay for each member up to $648, is too much.

"Do things within your means," Welsh said at the meeting, noting the city's projected cost increases related to CalPERS contributions. "I just say cut the amount back."

Resident Sandra Bocchicchio wasn't so forgiving; she equated City Council's wish to make as much money as neighboring cities to a child begging for the same toy as a friend.

"Mayor Caren Ray and members of the council," she said, "have you no shame?"

After several negative comments from community members, Councilmember Lan George said she didn't feel comfortable giving herself a raise, and suggested drafting an ordinance that could be passed now but wouldn't go into effect until after November 2022, so that it would benefit future councils.

Other council members agreed that approving a pay increase that would go into effect in 2020 could appear biased and might not be the right time considering projected future cost increases, leading Mayor Russom to say that she was "supremely disappointed" in her fellow council members for bowing to community pressure. That's why the council hasn't passed an actual pay increase since 1997, she said.

Russom argued that a rise in compensation would encourage new candidates—younger residents, people of color, single moms, those working full-time jobs—who can't afford to serve with the current pay.

After Councilmember George again suggested passing a raise now that would become effective in 2022 when most of the current council is no longer around, several council members agreed, but Mayor Russom didn't and said the current council has gone too long undervalued.

"There's a point at which we need to value ourselves, though," she said, "and not future councils."

With Councilmembers Jimmy Paulding and George dissenting, direction to create an ordinance that would increase council's pay in 2020 rather than 2022 passed. Δ