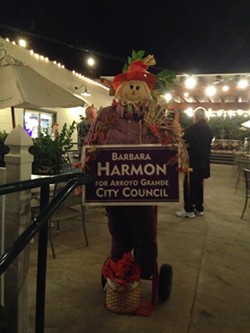 After months of consternation in Arroyo Grande, local voters finally delivered a referendum on their opinion of the city government—and it was a mixed bag.

The city’s most heated race was for the mayoral seat, and despite a spirited effort from write-in candidate Jim Hill and his supporters, longtime Mayor Tony Ferrara appears to have retained his position.

Additional mail-in and provisional ballots—more than 2,000 of them in Arroyo Grande alone—are still yet to be counted, so the results weren’t official as of Nov. 5 and will be finalized in coming days and weeks.