A long-planned water resiliency project in South County now hangs in the balance after the city of Arroyo Grande made a formal demand to Pismo Beach and Grover Beach to amend a shared operating agreement—threatening to otherwise withdraw from the project.

The Arroyo Grande City Council voted unanimously at its April 13 meeting to send the demand letter to its partner cities on Central Coast Blue, a wastewater project that seeks to balance the Santa Maria Valley Groundwater Basin, a shared regional water source. 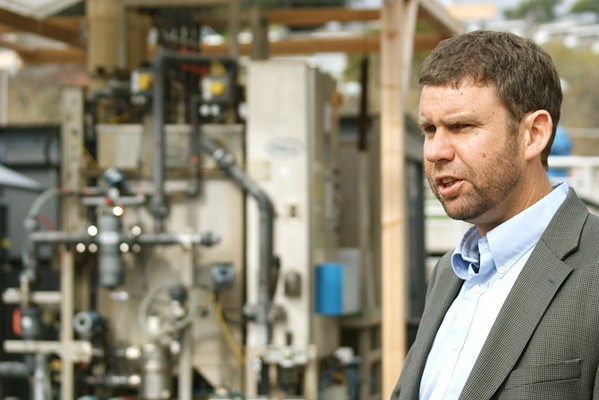 After working in tandem for years in the project planning process, on March 23, the Arroyo Grande City Council declined to approve a proposed operating agreement between the three cities because it did not include a commitment to having a local hire provision for the project's construction—called a community workforce agreement.

In the weeks following that March meeting, Arroyo Grande Mayor Caren Ray Russom said city representatives held multiple meetings where Grover and Pismo officials did not budge on their position against making amendments to the agreement.

"Suffice it to say, each member of the other two cities ... all took turns making it very, very explicitly clear that there'd be no opening of the management agreement for any reason," Russom told the council on April 13.

The controversy over the community workforce agreement raised bigger structural concerns about the operating agreement, in particular about governance, Russom said. Because Pismo Beach is the lead agency on the project, it can unilaterally dictate important aspects about the course of the project, despite partner city objections, council members said.

"It's only when we have disagreement that those weaknesses get revealed," Russom said.

In its letter to Pismo and Grover, Arroyo Grande demanded that the agreement get revised so that project governance includes "equal decision making" by the three cities. It also demands that a project management committee is formed and is subject to public meetings and the Brown Act.

Arroyo Grande set a May 31 deadline for Pismo and Grover to respond. If the letter is ignored or rejected, Arroyo Grande will withdraw from the Central Coast Blue project, effective June 1.

According to Pismo and Grover, Arroyo Grande's demands are belated and poorly timed. Pismo is in the process of applying for an $8 million federal grant to help pay for the project. City officials say a finalized agreement is important to keep the application competitive.

Ben Fine, public works director for Pismo, spoke during public comment and asked why Arroyo Grande, whose staff was involved in the development of the agreement, hadn't raised its concerns sooner.

"That's a source of the frustration," Fine said. "We've been working on this agreement for a year. And here we are a year later, and there's all these questions and concerns, and we have a grant application that's due in a week and we're looking for something in the order of $8 million to help fund this project, which would reduce everybody's cost. Why wasn't this brought up sooner?"

"Ultimately, the project is better as a regional partnership," Bronson said, but added: "Creating a resilient water supply is the primary objective of this project, which is even more important with another drought upon us." Δ