Arroyo Grande is closer to, once again, allowing cannabis delivery services to operate within the city.

Members of the City Council voted 3-1 on July 24 to repeal local permitting requirements for commercial cannabis delivery businesses, deferring instead to the state's regulations. Mayor Jim Hill was the lone dissenting vote, and Councilmember Tim Brown was absent from the meeting. 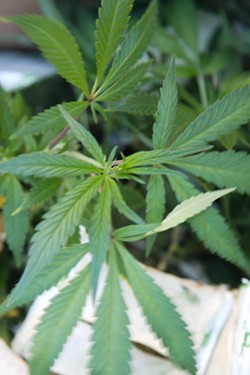 Since June 2016, the city's municipal code required commercial medical cannabis delivery services to obtain a permit from the city to operate. Its repeal will allow any delivery service to do businesses in the city as long as they obtain a license from the state's Bureau of Cannabis Control.

"We did what was right for the city at the time," she said.

The repeal will come back before the council for a second reading on Aug. 7. While deliveries in Arroyo Grande are set to resume, Hill noted that the city wouldn't be able to collect any taxes from those businesses. Arroyo Grande does not have a commercial cannabis tax measure, something the council would have to put before voters to pass and implement.

"I think we are giving up any possibility of getting tax revenue," Hill said at the meeting. Δ