In written answers to recall notices filed against them, Atascadero city council members Ellen Beraud and Mike Brennler on May 16 defended themselves from allegations of being anti-business, allied with special interests, and unheeding of private property rights.

"Let's not go back to the days of backroom deals," Brennler 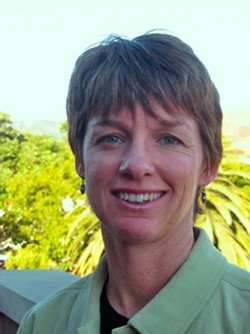 # wrote. "Allow me to fulfill my promise to make city hall accountable to ALL the people of Atascadero."

Beraud's response wasn't formal as of press time, but she called the recall effort "misguided" and said in an interview that it "hurts the progress we've been working for." The answers will be printed, along with language of the original draft, in all petitions and sample ballot mailings.

The two men behind the attempt, financial consultant Ray Buban and real-estate broker Mike Jackson, didn't return calls for comment, and an e-mailed response from the effort's web site recallthebs.com said the two had no statement. The recall notice, however, said plenty. It blames the councilmembers, who were elected last year, for "promotion of personal agenda at the expense of the citizens of Atascadero" and "allegiance to special interest groups," among other things.

"Atascadero should not have to be known as the city with the most divisive city council, the worst business climate, second lowest sales tax revenue, bad roads, most difficult planning department, planning commission and city council. We watch our neighbors [sic] cities grow and prosper as Atascadero dies," they wrote.

The recall attempt comes on the heels of a contentious November election that gave the city council a majority aligned against bringing a Wal-Mart Superstore to the town and amid acrimony over adoption of an ordinance that demands 35-foot setbacks from area creeks and rivers.

"It's mind-boggling how poorly written these allegations are," said Brennler, a former police officer who brands himself a Teddy Roosevelt Republican. "They just threw a bunch of mud up there and they're hoping some of it sticks."

Brennler, who's also the mayor pro tem, and Beraud supported the creek setback and both campaigned in large part on their opposition to the Wal-Mart.

Jackson was quoted in New Times backing the Wal-Mart hope at a February meeting, noting, "This town needs an income stream." 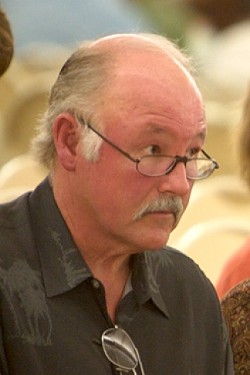 # It's unclear as of yet how much the recall effort, if it's successful, will cost the city.

After scrutinizing state law, City Clerk Marcia Torgerson said that if the process can be completed in time to allow the city to piggyback with the February presidential primary election, it would cost about $45,000.

But that would mean the opponents would have less than the 120 days allowed by law to gather the 3,222 votes 20 percent of registered city voters needed to place it on a ballot.

If they don't get the petition to her by late August, Torgenson said, she wouldn't have enough time to certify them in time for the primary contest and the city would have to hold its own special election. Torgenson said a consultant offered a bid of $50,000 to run the election and estimated it would cost the city an additional $15,000 in postage and related expenses.

Brennler, who like Beraud receives $300 per month for his work on the council, suggested that Wal-Mart interests may ultimately be behind the recall effort, noting similarities to an anti-Wal-Mart battle in Jefferson, Wisc., in 2005. There, alderman David Olsen was ousted from office in a recall after he opposed attempts to annex land that would allow a Wal-Mart to come.

But anti-Wal-Mart activist Al Norman, who runs sprawlbusters.com, doesn't see a trend. He said change more often happens exactly the opposite way: Wal-Mart opponents get so riled up they run for office and vote out Wal-Mart supporters.