China's initiative to cap pollution in 2018 has translated to strict regulations on what goes in the blue recycling bin in the U.S. and is resulting in increases to local recycling service rates.

On Feb. 26, the Atascadero City Council unanimously approved an increase in recycling program rates for residents and commercial businesses that will take effect on March 1. 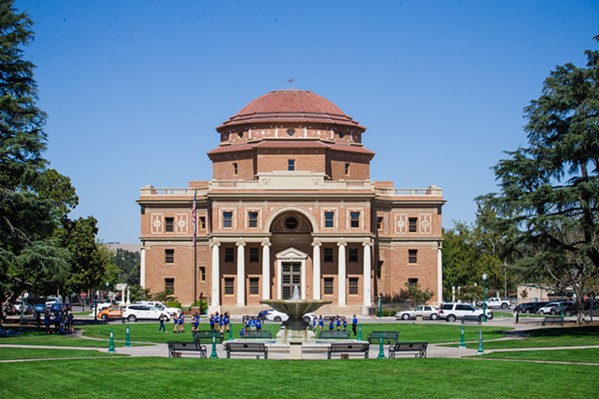 "You can see none of us are thrilled with this but there is not a good alternative, so we will keep working," Mayor Heather Moreno said.

The increase comes on the heels of China's National Sword policy that took effect in January 2018. According to a staff report, China's policy imposes a strict limit on contamination of recyclables (0.5 percent contamination limit).

The policy change in the Chinese import market is impacting the global recycling industry, mainly on what can be tossed in the blue bin. For the U.S., the direct impact is on mixed paper and some plastics that are now labeled as contaminates.

North SLO County Recycling is contracted by the city of Atascadero to collect all materials from the city's recycling program (curbside blue bins) and green waste program (green bins).

The city pays the recycling company a tipping fee to offload the materials it collects. The company then processes the recycled materials and green waste into saleable products such as mulch and wood chips as well as sort the recycling materials into various components (paper, cardboard, glass by color, or aluminum, to name a few).

Historically, North SLO County Recycling has sold sorted recyclable materials, deriving the bulk of its operational revenues from the sale of these materials. Per the last contract (2014), contaminated materials collected couldn't exceed 10 percent. Currently, contamination levels are estimated to be between 22 and 25 percent.

In January, the company notified the city that it would no longer be able to accept its recycling materials unless the city significantly increased the tipping fee.

Brad Goodrow, president of North SLO County Recycling, said this wasn't something that he wanted to do. It was something he had to do.

"The contamination rate went sky high, and things that used to be recyclable are not, so then we have to take them to a landfill," Goodrow said. Δ