The Atascadero Police Department is denying allegations that one of its officers questioned and detained a Tulare County man because he was black, according to court documents.

In October, the city of Atascadero filed its response to a July lawsuit levied against the department, denying "each and every" charge alleged by Visalia Resident Kyle Bell. 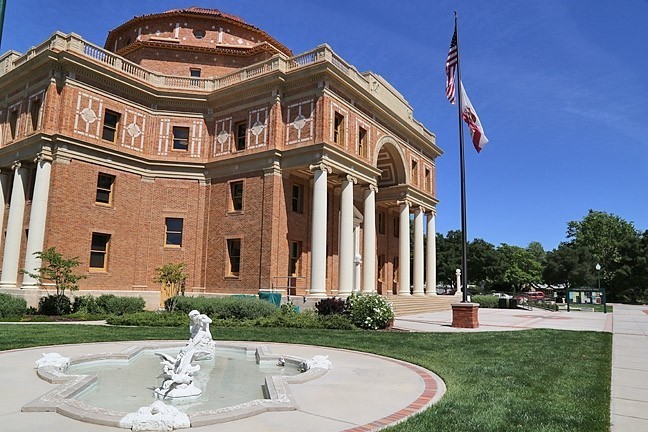 According to his lawsuit, Bell had traveled to SLO County with his wife and two children on Oct. 21, 2016, to spend a day at the beach. On their way back home, Bell stopped in the Atascadero Police Department's parking lot to stretch his legs and smoke a cigarette before continuing the drive back home. He was then approached by Atascadero Police Cpl. Rochelle Hanson, who allegedly told him "you look suspicious" and began to question him.

According to the lawsuit, Bell is a 6-foot-4 black male with a "very dark" complexion. His wife is a white female. The lawsuit alleges that Hanson approached Bell's wife and asked her, "Why are you here? Are you OK?"

Hanson allowed Bell to go. He later filed a complaint with the department. Bell's lawyer, Matthew Owdom, said Bell asked for an apology from the department but said the department refused. The lawsuit argues that Hanson violated Bell's civil rights, detaining him "via coercion and a show of force" and searching his vehicle.

"It's a very troubling pattern," Owdom told New Times. "The powers that be think they can do whatever they want."

Clayton U. Hall, the SLO-based attorney representing the police department, disputed that Hanson detained Bell or searched his vehicle, and pushed back against how Bell's complaint characterized the interaction between Hanson and Bell.

"We pay police officers to utilize their experience and training to investigate unusual situations, and that is what she was doing here," Hall wrote in an email response to questions from New Times.

Hall also indicated that footage from a body camera that Hanson wore during the interaction supported the department's side of the story.

"It clearly depicts that there was nothing improper or inappropriate concerning Cpl. Hanson's with Mr. Bell," Hall wrote.

Owdom, however, said he also obtained the footage of the incident and believed that it "clearly" supported his client's claims.

The case is scheduled for a status conference in November.